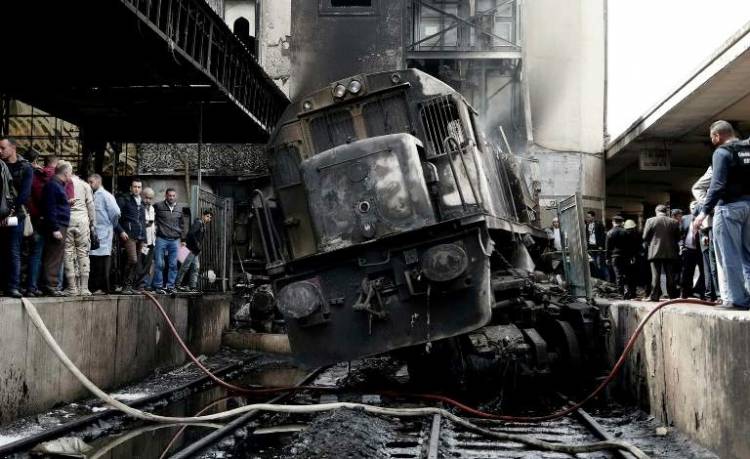 CAIRO: At least 20 people were killed and more than 40 injured when a fire erupted inside the main railway station in Egypt's capital Cairo on Wednesday.

The blaze broke out after a train crash in the station. Dozens of ambulances and firefighters rushed to the scene, state-run Nile TV reported.

TV photographs showed clouds of black smoke billowing out from the main building in the station. Train movements to and from Cairo were suspended, Xinhua news agency reported.

Eyewitnesses at a hospital said the corpses were completely burned.