Booking Holdings Survey: “The Next Billion in India” Will Use the Internet to Advance Their Social Standing 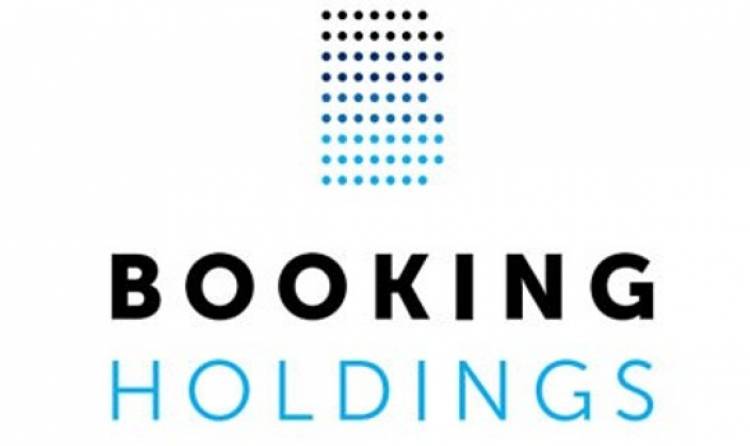 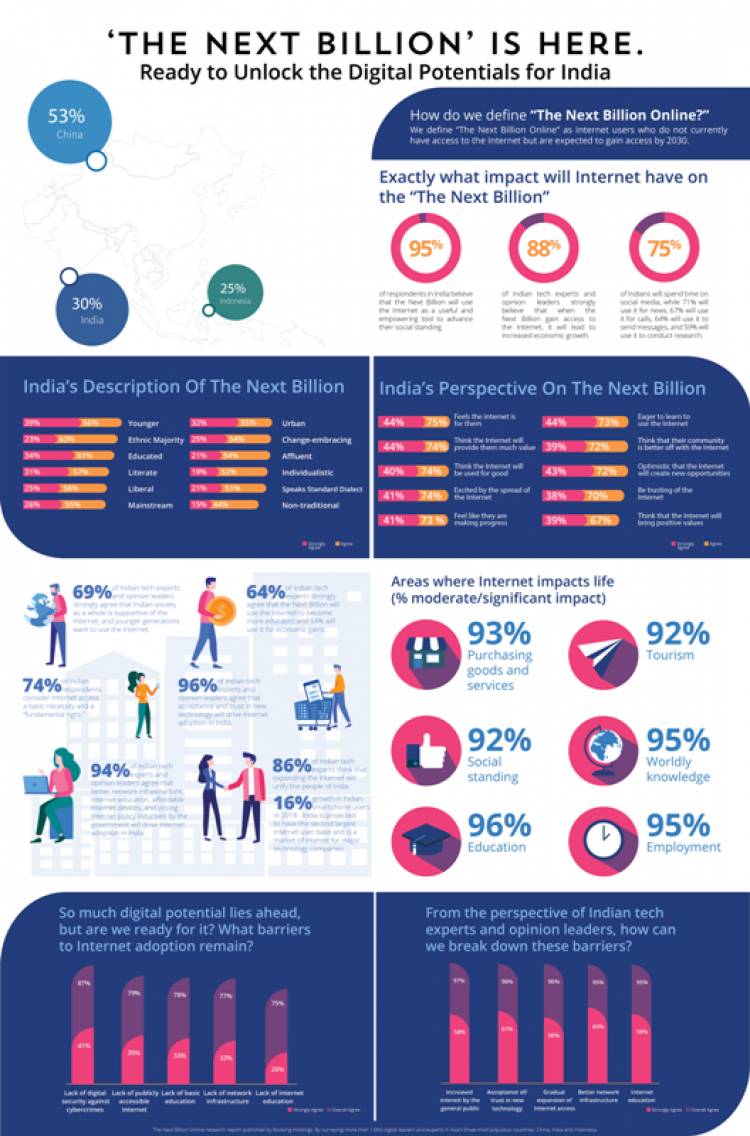 India– Booking Holdings (NASDAQ: BKNG), the global leader in online accommodations and travel e-commerce, conducted a study to explore the impact of digital transformation in Asia and gain insight into how increased Internet access will affect the burgeoning population in the region.  According to the study titled “The Next Billion Online,” Internet access in India is considered to be a ‘fundamental right’ and a basic necessity. Around 95 percent of respondents in India believe that the “Next Billion in India” will use the Internet a useful and empowering tool to advance their social standing.

Interestingly, 88 percent of tech experts and opinion leaders believe that if the Next Billion gained access to the Internet, there will be economic growth, 84 percent feel that there will be social improvement and 65 percent believe that it will cause political advancement.

Booking Holdings surveyed more than 1,000 digital leaders and experts in Asia’s three most populous countries, China, India and Indonesia, to better understand their communities’ expectations, aspirations and areas of caution for the digital future. Findings reveal that rising Internet penetration rates across Asia are expected to match those in Western markets, with another one billion people signing up online. With Internet access increasing alongside a growing number of users, India’s economic opportunity is anticipated to boom due to new learning opportunities presented online. While 75 percent of them will spend time on social media, a close 71 percent will use it for news. Around 67 percent of them will use it for Voice/Video calls, 64 percent will use the Internet to send messages and 59 percent will use it for research.

“Looking at the ways in which respondents anticipate the Next Billion using the Internet, a picture emerges of aspirations waiting to be unleashed. When these consumers are finally connected to the Internet, it is likely to accelerate a whole range of areas including the retail market, the job market and leisure and entertainment landscape.” said Glenn Fogel, CEO of Booking Holdings, speaking on the findings.

The “Next Billion Online” research study also revealed an attitude change similar to that seen in Western markets a decade ago. The Indian population is beginning to embrace Internet access as a human right due to its ubiquity and vital role in providing the connectivity and opportunity needed to advance in society today. Additionally, the survey found:

* 96 percent of Indian tech experts and opinion leaders, agree that acceptance and trust in new technology will drive Internet adoption in India

* 86 percent of Indian tech experts and opinion leaders think that expanding the Internet will unify the people of India.

* 74 percent of Indian respondents consider the Internet access a necessity and call it a “fundamental right”.

* 69 percent of Indian tech experts and opinion leaders strongly agree that Indiansociety on a whole is supportive of the Internet, and young generations want to use the Internet

* India is projected to have the second largest Internet user base and is a market of interest for major technology companies. As per International Telecommunications Union, in 2018 number of smartphone users in India grew by 16 percent - the fastest growth rate in the world

One of the most notable and economically significant impacts of the connectivity expansion in Asia has been the corresponding improvement in the lives of women and girls: 47 percent of overall respondents said that gender inequality was a barrier to Internet adoption in their country. Around 86 percent said that increased gender equality would drive adoption, and 91 percent said greater digital participation would also improve gender equality in their country.

Although Internet use continues to grow in Asia, barriers to access remain. Respondents identified a range of barriers to digital participation which must be removed if the next generation of Asian Internet users is to gain maximum benefit from going online. With findings pointing to the dominance of English being one of the biggest barriers to Internet adoption in these three countries, the study points to a dichotomy of sorts. Internet connectivity provides the potential to access information and education (including language skills), but if new internet users do not already speak a commonly used language, then the potential benefits of the internet usage remain out of reach.

Having identified these issues, there is opportunity for governments and organizations alike to help overcome these barriers. The value of effective localization has long been recognized. What’s more, this challenge is also an opportunity, primarily for people in Asia. The demand for high-quality localized content is here and it’s going to grow massively over the next decade. Unlocking the barriers of adoption will itself release even more growth, for Asia and for the world economy.

LANXESS achieves strong result in 2018 and makes a solid start to the new fiscal...

ADIDAS CALLS ON EVERYONE TO REDEFINE 2021 WITH THE “HI-ENERGY...

THE CHALLENGE INVITES PEOPLE FROM ALL WALKS OF LIFE TO STAY

TANKER Foundation’s first programme for World Kidney Day 2020 was a day of awareness,...