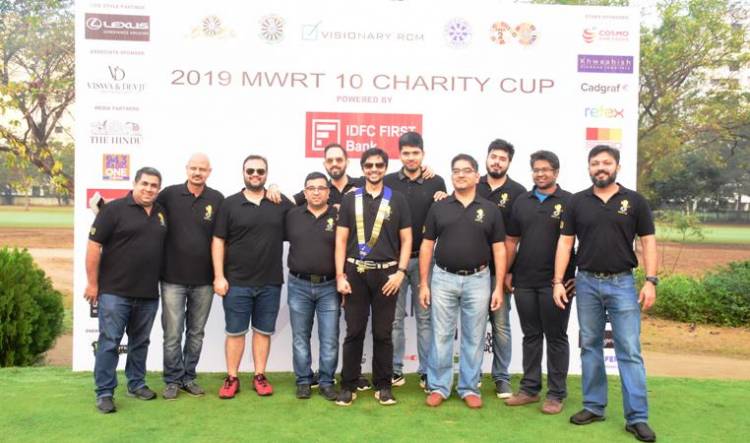 The much awaited, Madras West Round Table 10’s annual Charity golf cup is scheduled to take place on the 16th Feb at TNGF cosmos golf course. Though this tournament was erstwhile called the Merchants Cup, Golfers have always affectionately called it the Valentine’s cup, due to its proximity to the Valentine’s Day.

The funds raised would be invested in constructing a 20 bed dialysis center in association with Rotary club of Chennai Capital and Sathyalok foundation.

The golf tournament would be followed by an Awards night at Hotel Leela palace in the evening.

Apart from the above MWRT10 has been doing commendable work on community service front. They recently concluded the biggest ever Unified Special Olympics 2019 with participation of over 1500 children from Nepal, Bangladesh, Bhutan and India. Thiru.  Banwarilal Purohit, Hon’ble governor of Tamil Nadu inaugurated the games as its chief guest. MWRT 10 also continues its commitment toward building classrooms and toilet blocks to support education for the underprivileged.

Chennai’s Top Golfers look forward to this tournament each year and we hope that this year would raise the bar compared to previous editions in terms of raising funds for the dialysis center, says Vikash Nahar, Chairman MWRT10.

Munch on this monsoon with Cornitos and enjoy an amazing...

69% of people in Bengaluru ignore early signs of poor nerve...