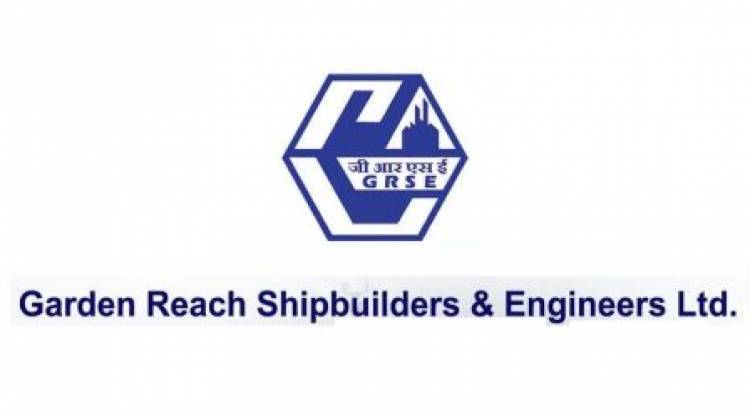 Chennai, 30.03.2019: Garden Reach Ship Builders and Engineers Ltd., (GRSE), a Miniratna Category 1 and a leading warship building company in the country under the administrative control of the Ministry of Defence delivered its 100th warship to the Indian Navy today, March 30, 2019. This makes GRSE the first Indian shipyard to make and deliver 100 warships to the Indian Navy, Indian Coast Guard and Mauritius Coast Guard.

What started in 1961 with the delivery of Seaward Defence Boat (Mk-I) is seeing a splendid culmination with the delivery of the 100th ship - A Landing Craft Utility, L-56 – today, 30 March 19. The 99th warship - a Fast Patrol Vessel – was delivered to Indian Coast Guard on 27 Mar 19.

The 100th warship, a Landing Craft Utility (LCU) named IN LCU L56 is the sixth of an order of eight such vessels from the Indian Navy. The entire design of these LCU Mark IV ships has been developed in-house by GRSE as per requirements specified by Indian Navy. The construction of the balance two ships is progressing as per the schedule. LCU Mk-IV ship is an amphibious ship with its primary role being transportation and deployment of Main Battle Tanks, Armored Vehicles, troops and equipment from ship to shore. These ships based at the Andaman and Nicobar Command, can be deployed for multirole activities like beaching operations, search and rescue, disaster relief operations, supply and replenishment and evacuation from distant islands. The LCU is 63 m in length and 11 m wide and has a displacement of 830 T with a low draught of 1.7 m. It can achieve speed of 15 knots. The LCU is designed to accommodate 216 personnel and is equipped with two Indigenous CRN 91 Guns to provide artillery fire support during landing operations.The ship is fitted with state-of-the-art equipment and advanced systems like Integrated Bridge System (IBS) and Integrated Platform Management System (IPMS).

Earlier in the week, on March 27, 2019, GRSE had handed over its 99th warship, “ICGS Priyadarshini”, an advanced “Fast Patrol Vessel” to the Indian Coast Guard. GRSE is executing order for five Fast Patrol Vessels for the Indian Coast Guard and the ship ICGS Priyadarshini, is the first in the series. The balance four ships are in advanced stages of construction. The FPV is a medium range surface vessel capable for operations in Maritime Zones of India. These fuel efficient & powerful platforms are designed to perform multipurpose operations e.g. patrolling, anti-smuggling, anti-poaching and rescue operations. The entire design of these FPVs has been developed in-house by GRSE as per requirements specified by Indian Coast Guard. The ship is 50 Meter long, 7.5 Meters wide with a displacement of around 308 Tonnes. The ship is designed for a maximum speed of 34 knots with an endurance of more than 1500 nautical miles, and is equipped with 03 nos. Main Engines with Advanced Control Systems, Water Jet Units and an “Integrated Bridge System” integrating all Communication and Navigation systems. The ships are also fitted with 40/60 Gun as main armament and will also have improved habitability features with fully air conditioned modular accommodation for 35 personnel.

With the handing over of “ICGS Priyadarshini” & IN LCU L56, GRSE has once again demonstrated its’ Commitment to Strengthen the Maritime Security of the Nation, thereby meeting the aspirations that the country has reposed on this Mini Ratna Shipyard. This also proves GRSE’s ability to provide end-to-end solutions to their customers ranging from product conceptualization, design, system integration and project management thus increasing the capability to meet customer demands.

Currently GRSE has a strong order book of Rs. 21700 Croreapprox. equipping the shipyard with a deep pool of revenue-generating projects. 14 ships across 5 projects including 04 Nos. Survey Vessels (Large), won on competitive basis, are presently under construction. GRSE has also been declared successful bidder in competitive bidding for another 08 ASWSWC ships for the Indian Navy.

GRSE’s association with the Indian Navy is long and strong as over the last six decades the shipyard has been building warships and other vessels for the country’s Navy and Coast Guard. With 100 warships successfully built, the shipyard already boasts of constructing highest number of warships in the country. 67 of the 100 warships were for the Indian Navy and are varied in their range and scope. From Frigates, Missile Corvettes, Anti-Submarine Warfare Corvettes, Fleet Tankers, Landing Ship Tank, Landing Craft Utility to Survey Vessels, Offshore Patrol Vessels and Fast Attack Craft - the repertoire is rich and varied. GRSE has embraced infrastructure modernisation over past decades with Rs 605 croreinvestment towards creating an integrated shipbuilding facility enabling concurrent construction of 20 ships.

Over last 59 years, GRSE has built around 780 platforms which include 100 warships to Indian Navy, Indian Coast Guard & Government of Mauritius which is highest number of warships built & delivered by any shipyard in the country. From building 05 ton boats to 24600 ton Fleet Tanker, GRSE has done it all and has proved its mettle as a pioneer warship builder of the nation.

Delivery of 8 warships in 22 months (June 17 – Mar 19) is no mean feat which the shipyard has achieved.  Shipyard’s R&D Department has been recognized by Department of Scientific & Industrial Research (DSIR), Ministry of Science & Technology. A multidisciplinary strong design team of 100 plus design engineers is working continuously towards developing concept designs for ships that can cater to current & future requirements of Indian Navy & Indian Coast Guard, GRSE continues to raise its bar higher in the sphere of maritime engineering excellence. The ace shipbuilder has set sail towards a growth trajectory in line with its vision to be a world leader with focus on four fold increase in VOP, in next 4-5 years, increased thrust on export of warships, incorporation of latest technologies (Artificial Intelligence, Machine Learning, Data Analytics) in various areas of operations to improve internal efficiencies & profit margins. Continuous research and innovation, excellent product quality, lean thinking and a strong corporate structure powered by an outstanding human capital promise a great future for GRSE.

The Department of IT, Govt. of Bihar participates .....

The Summit is being hosted by the US-India Business Council."This year marks the...

On the occasion of International Youth ......

Colors Tamil ropes in Poornima Bhagyaraj for its new fiction...