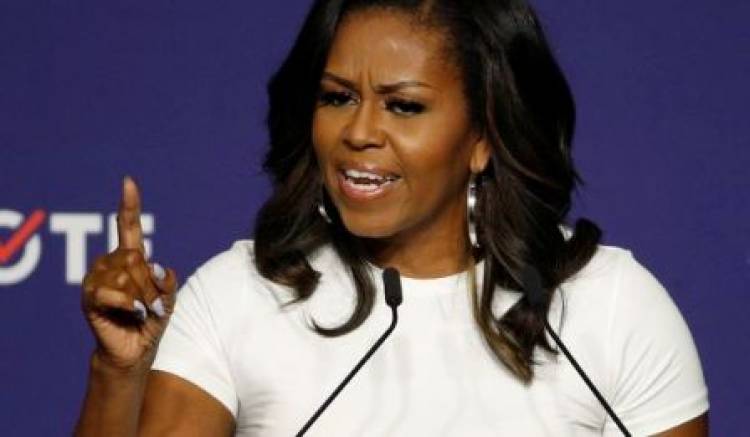 WASHINGTON: In her memoir, former US First Lady Michelle Obama has ripped President Trump's spreading of the "birther" conspiracy theory against her husband Barack Obama.

In excerpts from her memoir "Becoming", Michelle Obama has said he she would "never forgive" Trump for the "xenophobic" claims that her husband was not actually born in America, reports The Hill magazine.

"The whole thing was crazy and mean-spirited, of course, its underlying bigotry and xenophobia hardly concealed," the former First Lady wrote.

"But it was also dangerous, deliberately meant to stir up the wingnuts and kooks.

"What if someone with an unstable mind loaded a gun and drove to Washington? What if that person went looking for our girls? Donald Trump, with his loud and reckless innuendos, was putting my family's safety at risk. And for this I'd never forgive him," she said.

The book, which is set to release on November 13, details the her early life in Chicago all the way through to her time as First Lady, and includes her feelings of shock and disbelief following Trump's election in 2016.

The comments were some of Michelle Obama's most direct aimed at the current President, whom she has mostly avoided criticizing since leaving the White House last year.

Other criticism in the book was aimed at Trump's comments about women on the now-infamous "Access Hollywood" tape, as well as his conduct during debates with his 2016 opponent, Hillary Clinton.

Michelle Obama plans to launch a 10-city book tour that is scheduled to kick off on November 13 in her hometown of Chicago.