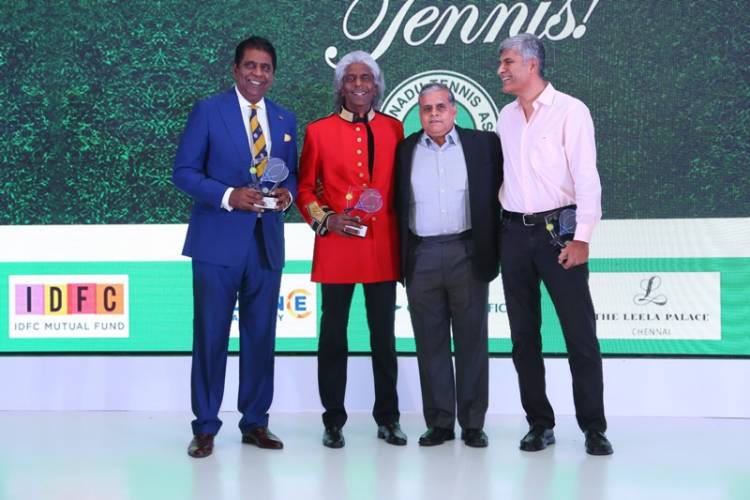 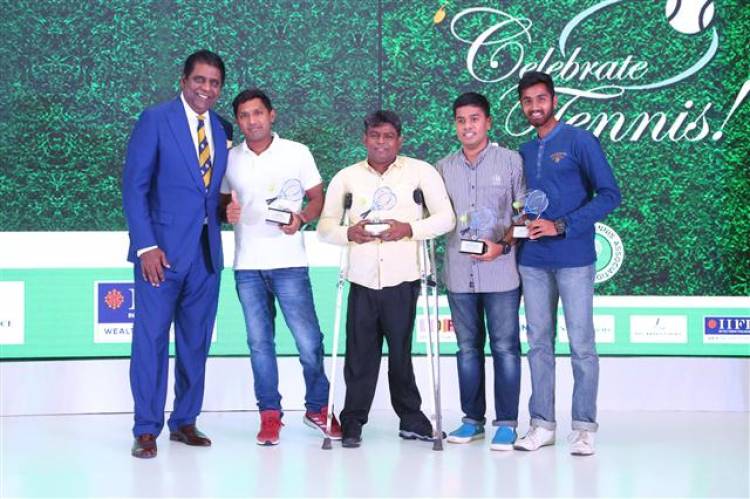 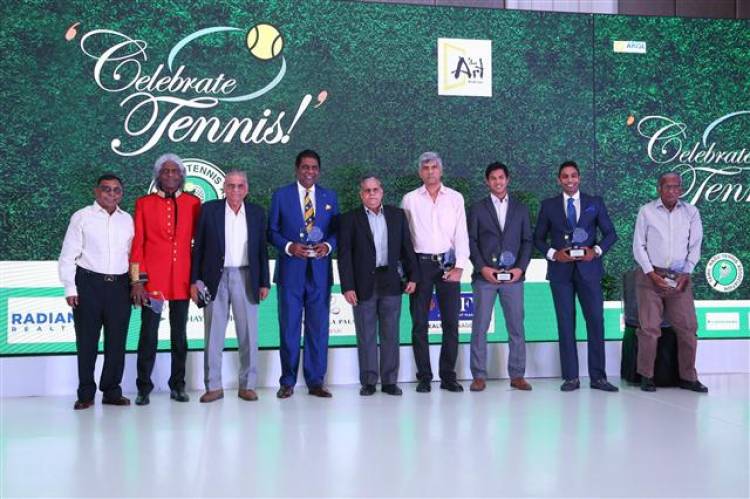 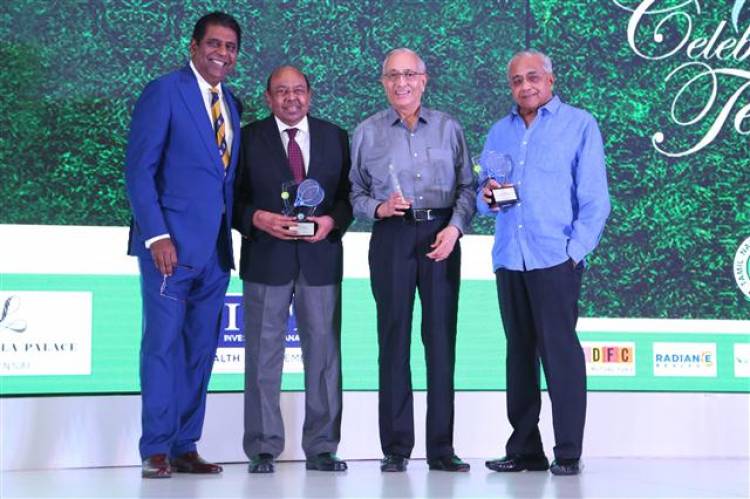 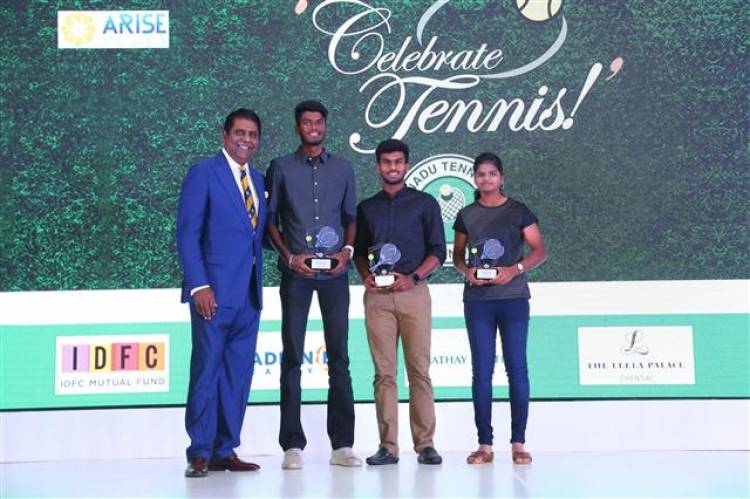 Tamil Nadu Tennis Association (TNTA) with enthusiastic support of Arise Steel hosted an evening ‘Celebrate Tennis’ to show case history and achievements of players from Tamil Nadu in an elegant style in the suave atmosphere of the Ballroom of Hotel Leela Palace in Chennai. The link of Tennis as a sport and Tennis as an art was enhanced with display of exotic photography art of renowned photo artist ­­­­­L. Ramachandran, in the foyer under the banner of The Art.

The event was a forerunner for fundraising to further develop Tennis in Tamilnadu.

Vijay Amritraj, the legendary Tennis star, and current President of TNTA welcomed the august gathering and took charge of the proceedings in his well known unique style and took the audience through a long memory lane of the past to the present and to the future.  The audience which consisted of guests from the Krishnan era of 50’s and 60’s , Amritraj era of 70’s and 80’s to the current decade were treated to anecdotes which were nostalgia for some, lessons and information  for others.

Vijay at the outset acknowledged the contribution to Tamil Nadu Tennis made by the Past Presidents of TNTA – N.Sankar, N.Murali, N.Kumar, V. Naryanan and M.A. Alagappan.

As he felicitated a younger bunch of players – Kundana Sri, VM Sandeep, Dakhsineshwar, Manish Sureshkumar , he wished them all the best in their process to become future World stars.  The achievements of the physically challenged players, Joshua Andrew Anburaj, Prithvi Sekhar, D.Mariappan, S.Balachander were greatly appreciated.

There can be no better person than Vijay, a former President of the ATP Player Council, 4 time Grand Slam Quarter finalist, highest ranked Indian player in the Open era and Captain of two Davis Cup teams which reached the final twice, who can understand the players and their emotions.  He said it was important to felicitate the current Tennis players to boost their confidence and motivate them to achieve higher goals. Prajnesh, Ramkumar Jeevan Shriram Balaji, Vijay Sundar, Sneha Devi and Sai were amongst those who made the State proud.

It was a special moment when Vijay announced the 4 members of an all Tamil Nadu Davis Cup team which reached the Davis cup world finals in 1987  - Anand Amritraj, Ramesh Krishnan, S. Vasudevan and Vijay Amritraj himself who have got together on stage after a gap of 32 years.

Anand Amritraj partnering Vijay Amritraj was Wimbledon Doubles semi -finalist, part of the record win over Australia at Calcutta in 1974. They are the only brother duo who have taken India into Davis Cup final twice in 1974 and 1987.

Ramesh Krishnan, a three time Grand Slam Singles Quarter finalist who scored a memorable win over Wally Masur of Australia in the semifinals and Vasudevan, a determined and tenacious player of his time. He recounted how excellently Late P.L. Reddy the manger handled the team.

There was more nostalgia for the tennis lovers inthe name of Ramanathan Krishnan –twice Wimbledon Singles Semifinals who scored the famous win over Tomas Koch of Brazil to take India into the Davis Cup  then Final called the Challenge Round for the very first time in 1966 and who mesmerised his opponents and spectators alike with his magic touch.

Mr. A. Vellayan twice president TNTA and former chairman of Murugappa Group then handed over memento to the legendary Vijay Amritraj whose fame and achievement and contribution to Tennis internationally and nationally are well known.

Nostalgia was immediately replaced by excitement when Vijay began the conduct of the fund raising auction of 2 Cathay Pacific flight tickets to Paris via Hong Kong coupled with stay in Hong Kong and 2 tickets for the French Open 2019 followed by the auction of 5 of L.Ramachandran’s brilliant works of art.

Be at Chipstead this New Year’s Eve!

Even as the State Health Department is taking all efforts to check the...

The National Museum of Qatar Opens to the Public