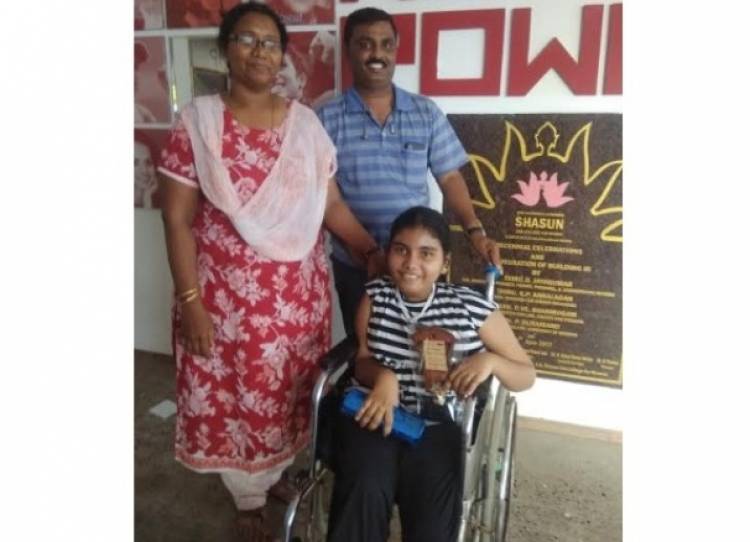 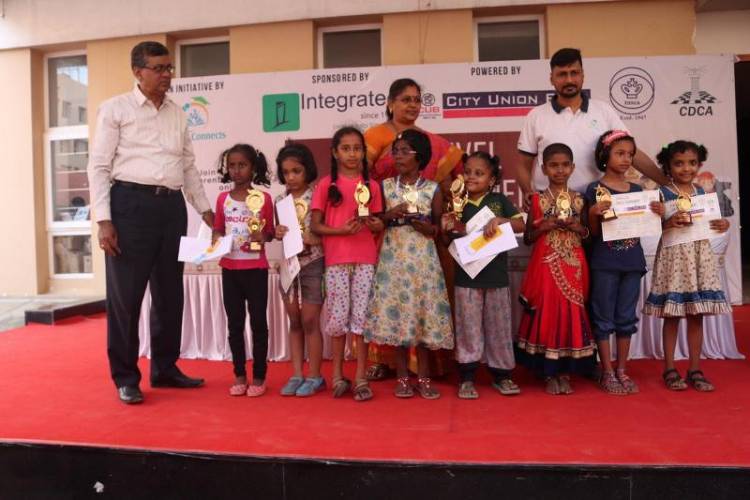 Chennai based The School Connects organized State Level Chess Tournament in association with Integrated India Pvt.Ltd and City Union Bank was held on March 3 , 2019 at Sri Shankarlal Sundarbai Shasun Jain College, T.Nagar. The categories the children competed were Under-8, 9,10,12,14 , Boys and Girls. The tournament was open for players across TamilNadu only and were played on Swiss League basis under the latest FIDE Rapid Rules.

It was a wonderful and cherished day for school students, besides the little girl Sharon Rachel Aby Mathew, a 9 years old student who studying in 4th standard at Spartan Exclusive School situated at Mogappair, Chennai was well appreciated by one and all for her brilliant and quick performance in the Chess tournament. Sharon Rachel is the only girl  bagged with  special appreciation award and prizes, who started her chess game practicing from her 4th age even though she is a underprivileged girl with more confidence in all aspects.  Sharon

Rachel and her parents residing in Mogappair, Chennai who likes to meet  her seniors, Grand Masters, King of Chess  like Sri.Viswanathan Anand and others to have motivation and blessings as one of  her ambition.

There were 651 school children 459 boys & 192 girls competing across various age categories.  While the kids were battling out in 7 rounds, the parents were engaged in informative workshops by Antriksh Tatia on Memory and Concentration and Financial Workshop was conducted by Mr Shriram of City Union Bank, Mr Gururajan and  Mr. Ravichandran of Integrated India Pvr Ltd.

Mr Antriksh Tatia spoke about common myths about memory among students community and practical tips to overcome it while the financial experts educated the parents on making investments and planning for a secure financial future.   Just Buy Cycles, CueMath, Byjus, Integrated India and City Union Bank had stalls to help parents with educational needs and resources.

The event which had participation from players of Chennai, Vellore, Kanchipuram, Tirunelveli, Tiruvallore and Salem districts concluded with 115 trophies and cash prizes were distributed for the top ranks. All the participants received participation certificates. The youngest players were awarded with special gifts and medals.  Ms Mangala and  Mr Ramakrishna from Integrated, Umesh Jain Founder and Rajesh Sanghvi CO-founder distributed the prizes.

Following the success of Young Learners Fest, a unique workshop and parenting sessions for children and parents alike and the District Level Chess Tournament, this State level tournament is yet another feather in SchoolConnects Cap.

UNICEF warned South Asia could face yet another health...

With lockdown in place as a part of the novel coronavirus response, routine immunisations...