England 42 all out in 10 overs - Blind cricket Tri series 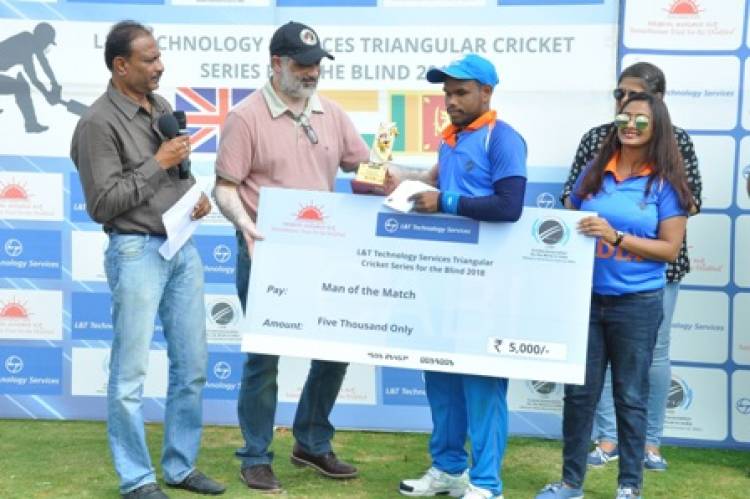 Hyderabad, 6th October 2018: India beat England by a whopping 198 runs here in Bengaluru to win the second game of the Triangular Cricket Series for Blind. With this win India have taken their points tally to 6. Earlier in the day England captain Ed Hossell won the toss and in conditions which looked more Birmingham than Bengaluru opted to bowl first. The Indian openers were on fire as they put on century partnership. Pankaj Bhue bought up a magnificent hundred and Anil Ghargiya the visitors for 42. The international bilateral and triangular series of cricket matches organized by Cricket Association for the Blind in India and Samarthanam started from 2nd October 2018 in India. Now the tri series moves on to Goa and the next match will be played on the 8th of October between England and Sri Lanka.

Man of the match: Pankaj Bhue

A benchmark index of Indian equities markets hit a record high of 27,061.40 points...

Man booked for raping mother daughter in Gurugram, A Delhi resident has been booked...