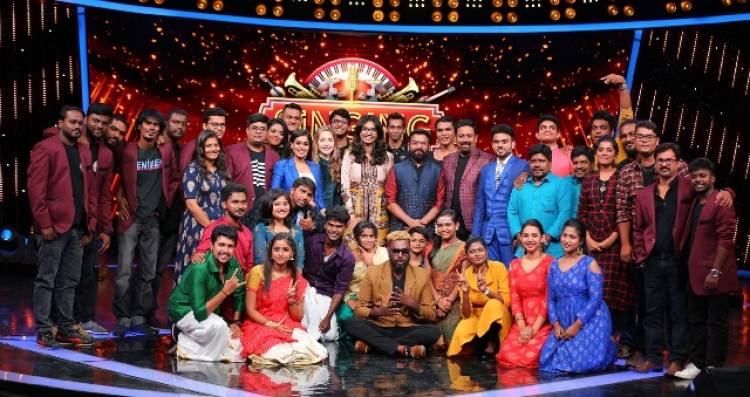 Chennai, March 26, 2019: Having captured the attention of music lovers in its first two episodes, the battle is all set to intensify in the upcoming episodes of Singing Star.

As the show enters the first round of elimination, the contestants will be seen rendering musical numbers to secure their seat this weekend, 30th and 31st March 2019 from 8:00 PM to 9:30 PM, only on COLORS Tamil channel.

The weekend episode promises many surprises for its viewers. Spiking up the excitement further, the show will also offer viewers a glimpse into the characters of two new, upcoming fiction shows from COLORS Tamil channel.

Watch the magic unfold visually and vocally as the contestants set the stage ablaze with their scintillating performances only on COLORS Tamil channel this 30th and 31stMarch 2019. The channel is available on all leading cable networks and on all DTH platforms - Sun Direct (CH NO 128), Tata Sky (CHN NO 1555), Airtel (CHN NO 763), Dish TV (CHN NO 1808) and Videocon D2H (CHN NO 553). Have you missed the chance to watch this music spectacle? Don’t worry, tune-in to Voot to catch up all your favorite episodes anytime at your convenience.

First regional show to be held in Kolkata in December followed by Punein January...

Vasuki Subramanian, who runs the SVS Medical College of Yoga and Naturopathy, Kallakurichi...

Photographer Save Woman From Rape