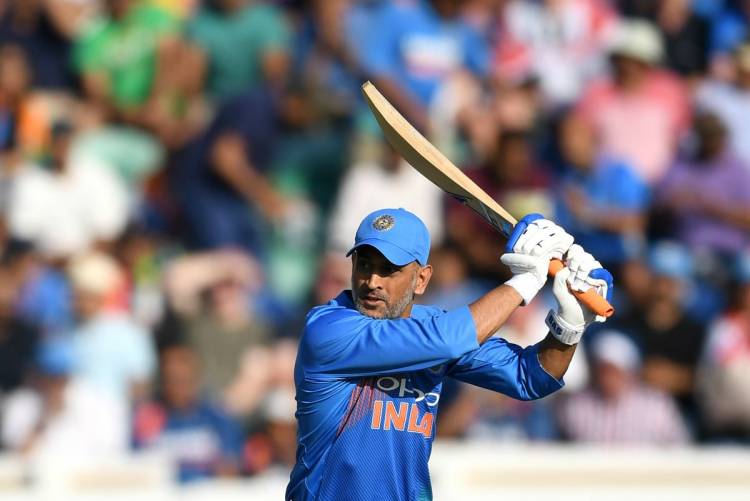 SYDNEY: Some fantastic middle-order batting by Australia helped them post 288/5 against India in the first ODI of the three-match rubber at the Sydney Cricket Ground here on Saturday.

After a poor beginning, the Australian middle-order stepped up when it was needed the most and four good knocks guided them to reach a good total. Usman Khawaja (59), Shaun Marsh (54), Peter Handscomb (73) and Marcus Stoinis (47 not out) starred with the bat for Australia while Bhuvaneshwar Kumar and Kuldeep Yadav picked two wickets each, conceding 66 and 54 runs respectively.

Opting to bat, the hosts were off to a shaky start as Bhuvaneshwar struck for India, dismissing opener Aaron Finch (6) cheaply in the third over, which was also the pacer's 100th ODI wicket. A good length delivery from Bhuvaneshwar sneaked between the bat and pad gap to dislodge Finch's off-stump with Australia score reading eight runs.

Alex Carey was then joined by Khawaja and the duo tried to stabilise the Australian innings before chinaman Kuldeep gave the second jolt to the hosts, breaking a short 33-run partnership.

A good length ball was too close to cut but Carey gave it a try and an outside edge landed safely at Rohit Sharma's hand at first slip.

The fall saw Khawaja being joined by Marsh and both batsmen then played sensibly to rescue Australia from the early troubles. The duo added a crucial 92 runs for the third wicket before Ravindra Jadeja caught Khawaja in front of the wicket in the 29th over.

Khawaja contributed with 59 runs off 81 balls, which contained six boundaries.

Marsh and incoming batsman Handscomb then added 53-runs for the fourth wicket, helping Australia approach near the 200-digit mark. However, just when the partnership was looking settled, Kuldeep came with another breakthrough, dismissing a settled Marsh on 54.

Marsh while trying to shift gears to increase the run-rate, tried to clear the long-on boundary but Mohammed Shami came forward to take a tumbling catch.

Handscomb and Stoinis then added a quick 46 runs quick runs in just five overs, and clobbered the Indian bowlers to most part of the ground as they took their side to 248/4 in 47 overs.

While trying to accelerate the run-rate, Handscomb however, failed to clear the fence off a Bhuvaneshwar delivery and departed after a valuable 73 off 61 balls.

Stoinis (47 unbeaten off 43 balls) and incoming batsman Glen Maxwell (11 off 5 deliveries) showed some fireworks in the death overs, firing 34 runs in the last 16 balls as Australia reached to a fighting 288/5 in their 50 overs.