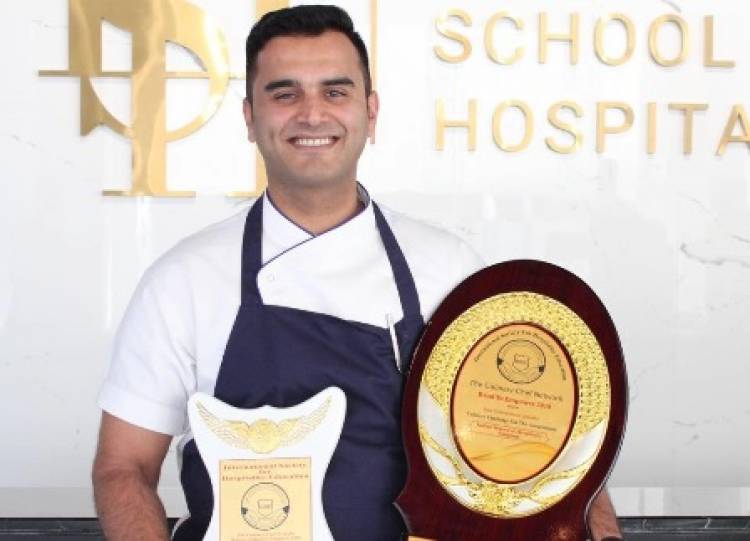 Organised by the International Society for Hospitality Education, the Best Chef Academician competition is held annually to crown a chef who balances their culinary skills with a passion for teaching the up and coming generation of young chefs. The competition brings together faculty from the biggest names in hospitality and culinary education across the country, as faculty from India’s leading institutes compete for the title of best chef academician.

This year’s title was won by Chef MohibFarooqui, Associate Director of Culinary Arts at the Indian School of Hospitality (ISH), Gurgaon. An alumnus of Le Cordon Bleu, Syndey, Chef Farooqui was the recipient of the Dux award at his alma matter for the highest academic achievement of his batch. He has since worked across Australia and India for over a decade, with work at Urbane (2 Hat Restaurant) under Chef Kym Machin, Chefs on Moreton Bay under a Michelin Pedigree Chef Brian Grunewald, and under award-winning Chef Kenny McHardy at Great Barrier Reef. His other record-breaking academic achievements include being the first chef lecturer to do a degustation menu of 13 courses along with the students at a hotel school in India.

The theme of the competition was Moroccan cuisine, for which Chef Farooqui prepared a chermoula fish wrapped in chicken skin with orange scented couscous and smoked olive caramel, bringing together his passion and specialisation in French, Mediterranean, Levantine and Modern European cuisine, and adoption of classical and modernist techniques.

On winning the award, Chef Mohib commented, “Every time I put something on a plate, I get to express myself, and I believe a chef is only as good as his last dish. I’m honoured to be the recipient of this award and win it on behalf of the Indian School of Hospitality and our students.”

Removing the “Global Gag” will benefit millions of vulnerable...