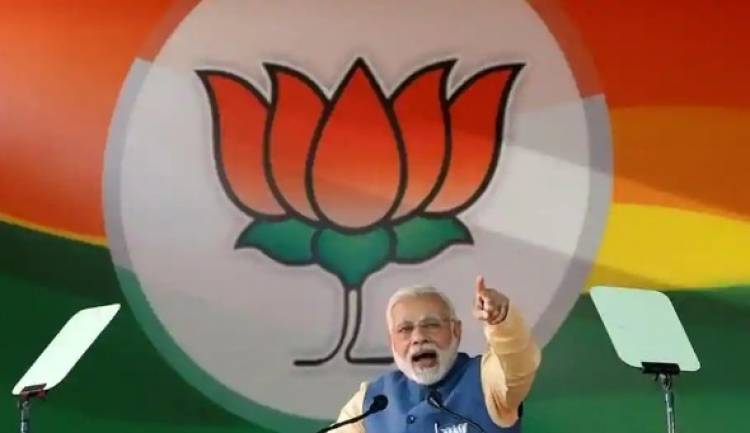 NEW DELHI: The BJP’s campaign for next month’s Assembly elections in Telangana is set to gather further momentum with Prime Minister Narendra Modi scheduled to address two election rallies in the state on Tuesday.

Modi will address the first meeting at Nizamabad at 11 a.m. and will then reach Mahabubnagar to address another meeting in the afternoon, state BJP leaders said.

These meetings are expected to intensify the campaign of the Bharatiya Janata Party (BJP) for the December 7 elections to the state Assembly.

According to BJP’s Telangana unit president K. Laxman, Modi will again campaign in Telangana on December 3. He will address a public meeting in Hyderabad.

BJP President Amit Shah on Sunday addressed four public meetings in different parts of the state. He is scheduled to address more meetings on November 28 and December 2.

The BJP is contesting all 119 Assembly seats on its own.

Get live Stock Prices from BSE and NSE and latest NAV, portfolio of Mutual Funds, calculate your tax by Income Tax Calculator, know market’s Top Gainers, Top Losers & Best Equity Funds. Like us on Facebook and follow us on Twitter.

No poll manifesto, but vision document from BJP

With just a few months to go for Assembly elections, the Tamilnadu unit of the BJP...

Genius Program For All Students

The BJP's ruling ally in Maharashtra, the Shiv Sena, on Wednesday declared its equivocal...