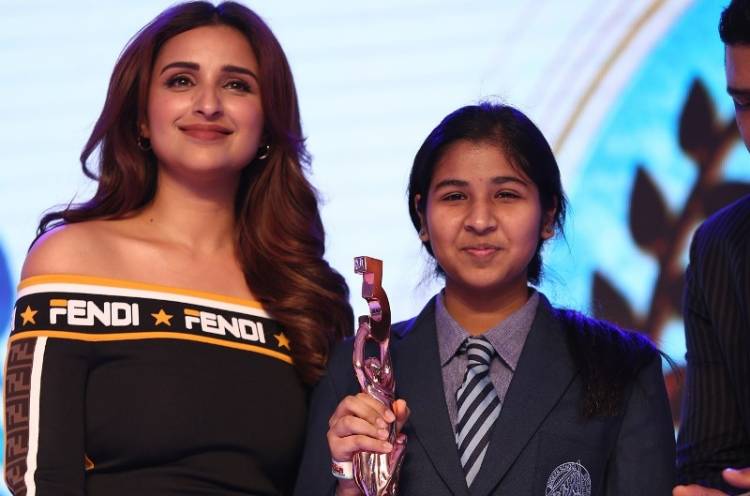 * Campaign ambassador, Parineeti Chopra honoured  the finalists from across the country

Launched in 2017, the Behtar India campaign is a social collaboration initiative that rallies different segments of the society together to work towards making their cities cleaner, greener and healthier. Based on the three main pillars of Behtar Swasthya, Behtar Swachhta, and Behtar Vatavaran, it supplements the government's efforts to provide promotive and preventive healthcare to the community.

Speaking on the occasion, Mr. Anoop Pabby, MD & CEO, DHFL Pramerica Life Insurance Co. Ltd., said “It is our belief that each of us has a role to play towards sustainability and that is the message we have sent through Behtar India. Development can be termed as sustainable if it meets the needs of the present without compromising the ability of future generations to meet their own needs. For us supporting sustainability is one of the smartest investments we can make for our own future. Behtar India 2018-19 has been a huge success and we are overwhelmed to see the response from schools and students from across the country. We like to congratulate the winning schools and students for their contribution to the campaign and the corporates for their valuable support to this unique initiative.”

Sharing her experience, Ms. Parineeti Chopra, Campaign Ambassador and Renowned Actress said, “I am so happy and honoured to be a part of the Behtar India campaign. I associated myself with this campaign because the cause is close to my heart. We are delighted that such a large number of students from across the country have participated in this campaign. These students are the future of our country and we want to educate them and make them more responsible towards making a Behtar India through community service.”

During the course of the campaign, Behtar India Go Green City Summits were organized in 10 different cities such as Bangalore, Chennai, Delhi, Mumbai, Kolkata and Hyderabad among others to initiate dialogue around Recycling. Representatives of different sections of society including school principals, individual change-makers, corporate representatives and local government/ Head of Municipal Corporations discussed various approaches and steps that could act as a catalyst for a better environment for the future generations. It is one of its kind Collaborative Social Responsibility campaign that rallies to get different segments of the society together to work towards making their cities cleaner, greener and healthier.

Through ‘Behtar India’ campaign over 807452 kgs. of waste has been recycled that has helped in saving  1.92 Crore liters of water, 13,667 trees, 7,235 barrels of oil and 35,373 household’s one month’s electricity. A total of 70,000 Dengue Protection Kits have been distributed to the underprivileged children as part of the Behtar India campaign till now.

The eight-month long campaign focused on three main pillars– Health, Hygiene, and Environment (Recycling). During the finale, the company rewarded top six schools under the categories of Behtar Swashtya and Behtar Vatavaran on the basis of the amount of paper and e-waste collected and the number of Dengue kits distributed to the underprivileged children. Similarly, the top 10 students were also honored individually under these two categories.

JCB commits a further investment of Rs. 650 Crore in India

JCB is to invest Rs. 650 Crores in a new plant in India as the company prepares...