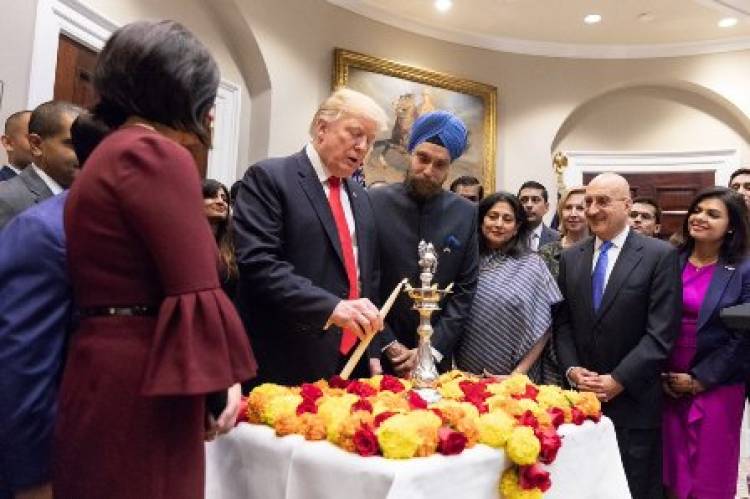 "Today, we gathered for Diwali, a holiday observed by Buddhists, Sikhs, and Jains throughout the United States and around the world. Hundreds of millions of people have gathered with family and friends to light the Diya and to mark the beginning of a New Year," Trump said.

The US President tweeted after the ceremony saying, "It was my great honor to host a celebration of Diwali, the Hindu Festival of Lights, in the Roosevelt Room at the White House this afternoon. Very, very special people!"

India best destination for you: Modi to fintech firms

The government would soon bring out an integrated gold policy and set up a domestic...

The inaugural JCB Prize for Literature is open for entries. Publishers across India...

US President Donald Trump's businesses reported losses of $1.17 billion from 1985...

Rupee down 10 paise against dollar in early trade

The rupee was trading lower by 10 paise at 66.92 against the dollar in early trade...