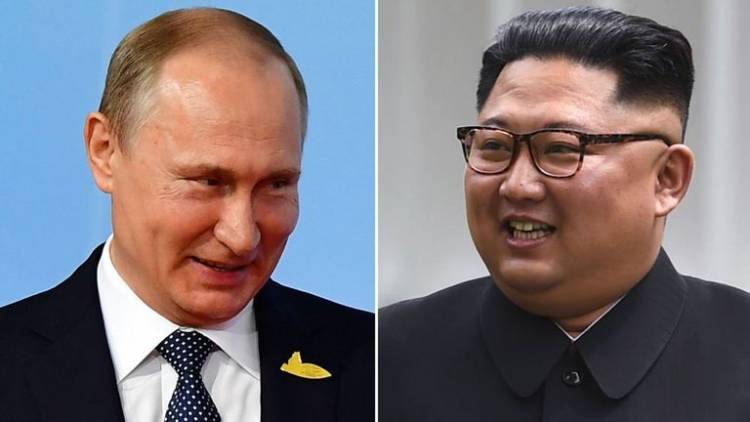 "The baggage for discussion is very extensive. Here we must still remember first of all that we are talking about negotiations of the heads of neighboring states with an extensive joint border," Kremlin spokesman Dmitry Peskov told reporters.

"There is no doubt that Russia will be ready to do everything to promote the process of denuclearization of the Korean Peninsula to the best of its abilities," he added.

On Thursday, the Kremlin said that Kim will meet Putin before the end of April.

It will be the first official meeting between Kim and Putin.

Peskov said that the non-disclosure of information about the place and exact date of the meeting between the two leaders is related to security concerns. But he said that the meeting will take place in Russia.

Speculation has grown that the meeting could take place in the Russian Far East city of Vladivostok.

When asked if Russia and the United States contacted each other on the problems of the Korean Peninsula, Peskov said a "certain exchange of views is underway," but it was impossible to talk about some kind of close coordination on this issue.

Kim has met U.S. President Donald Trump twice. They ended the latest summit in Vietnam's Hanoi on Feb. 28 without an agreement.

Apollo Hospitals Chennai A Pioneer In Reviving Out Of Hospital...

Kotak Mahindra Bank signs MoU with the Indian Navy for...

Battle out to Be a Foosball Champion at SMAAASH CYBERHUB