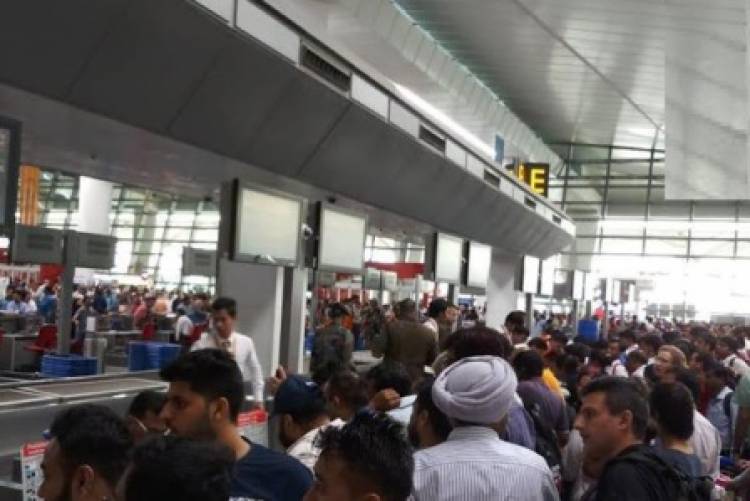 MUMBAI: Flight operations of national carrier, Air India, were hit for over five hours on Saturday after a glitch was reported in its main server.

Air India Chairman Ashwani Lohani said that the system has been restored but warned of delays as it will take time to normalise the situation.

At Mumbai's Chhatrapati Shivaji Maharaj International Airport, ranked among the busiest airports in the world, thousands of passengers were stranded and many flights were affected in since 3.30 a.m.

"There is total chaos and confusion here, long queues of passengers," said a passenger, T. Choudhary.

"Due to a breakdown in our server system some of our flights are getting affected all over the world. Work is on in full swing to restore the system," the airline said in a statement earlier.

According to airline sources, the problem was apparently with the SITA server which provides the technology for check-in, baggage handling and boarding.

"We sincerely regret inconvenience caused to passengers," the airline added.

We had made repetitive mistakes in this season: CSK Coach Stephen Fleming

Our endeavor is Gurudakshina for Sir Ratan Tata: Dr. Vivek...