DUM DUM DUM-If marriages are made in heaven, why is it so difficult to get them to work? 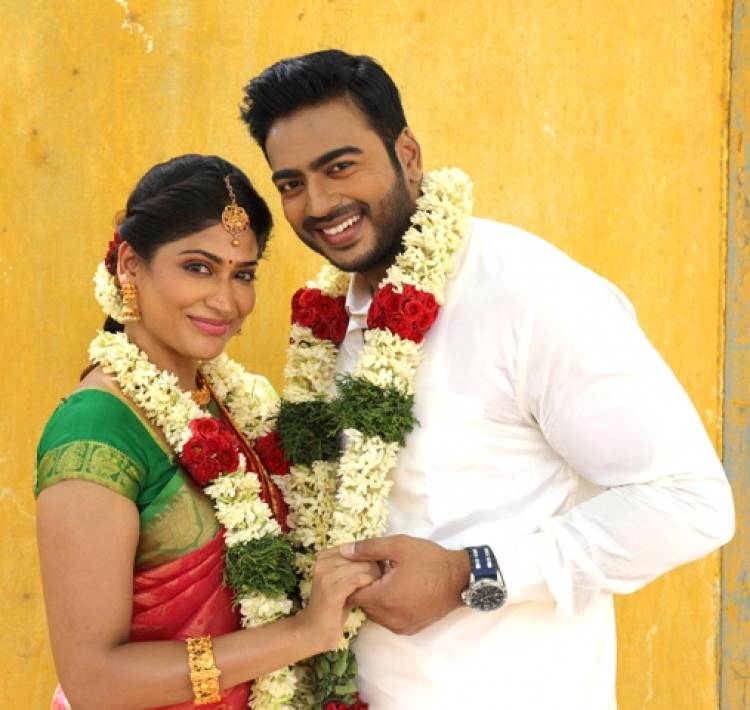 Another part of Kalaignar TV’s grand revamp is the marquee serial DUM DUM DUM. Set in a rural Nellai backdrop, the plot is about twowell to do families in a very cordial relationship and with equal clout, but later ripped apart by a love marriage within these families in the previous generation. The entire village has now taken sides one way or the other. As in any divisive village, lives are lost at the drop of a hat and petty quarrels with gruesome consequences are the order of the day.

It then dawns upon the elders in the families that this cannot go on like this forever; both for their own good and for the good of the village around them. That is when they choose to arrange a marriage within the families in this generation to set right the feud between the families. In a strange turn of events, the marriage of choice does not happen. As the plot would have it, a marriage of convenience is arranged between the protagonist lead characters who decide to get married only for the chosen cause of reuniting the feuding families.DUM DUM DUMis about, if they end up in marital bliss? Do the feuding families resolve? Is the village back to being hunky dory, or is it all about the same blood and gory?

DUM DUM DUM is directed by Shiva Aravind of NatpunnaYennanuTheriyuma movie fame and is produced by Whatif Productions. The lead roles are played by debutant Michael, who is a Mr.Chennai Super Model winner and by Vijayalakshmi Aghathiyanof Chennai 28 fame. She had this to say, “I have been waiting to do a script like this, centred on a female protagonist and that is why I refused a lot of lighter roles from other leading channels. This is a script I fell in love with at first sight and gives me the perfect opportunity to prove myself all over again”.

The Management of Kalaignar TV is all excited about the launch of DUM DUM DUM as well. When contacted, the Chief Financial Officer, Mr.Karthik said “This is a well thought out revamp that is now coming out as planned. It is launches like DUM DUM DUM, that will take us to our past glory and we are certain this is not too long away”.

This serial will be a part of the prime time package in Kalaignar TV and is all set to hit your screens between Mondays & Fridays from the 5th of August at 7.30 pm.

Grow your Beard with this Best Solution

Freedom Refined Sunflower Oil gives away awards to the...

Freedom Refined Sunflower Oil announced the winners of the bumper draw of ?Freedom...

Four-time champions Italy failed to reach the World Cup for the first time since...