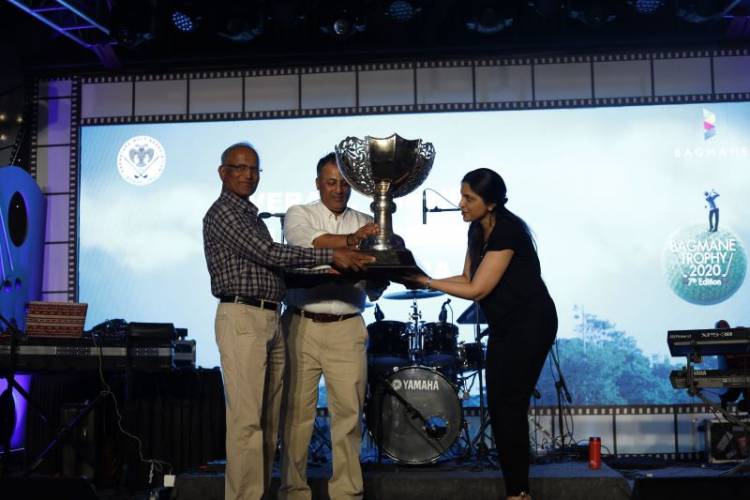 The 7th edition of the rolling trophy for KGA members supported by Bagmane Group was held on 15th February 2020 witnessed unprecedented excitement and interest; with final participation of 270. The KGA Bagmane Trophy, which is a rolling trophy, is Bagmane Group’s way of honouring the spirit of golf and the competitive yet collaborative spirit that the game represents.

Golf has inspired several in the pursuit of perfection; and Bangalore’s real estate luminaries are no exception. At the event, on display also was the talent and commitment to excellence that has been the characteristic, defining trait of the real estate industry, invitees of the Bagmane Group that has created a world-class home for knowledge talent and corporations. This invitee group comprised people from across the industry including from development corporations, consultant firms and affiliated industries such as design, construction & contracting and the like. However, it went way beyond being about networking and fun to a being a day dedicated to the spirit of competition.

In the Bagmane Invitees category, Nagaraj MS, was the winner with 38 points, after an intense match where he tied with Ravi Sharma.

Commenting on the support to the tournament, Raja Bagmane, Managing Director of Bagmane Group, commented, “We have been drawn to supporting this event and to staying associated with it for seven years now for a variety of reasons. Primary amongst these is the fact that several traits of golf are inherent values that form the foundational thought of our business. These include the passion for excellence, for precision, for perseverance, and for innovation. These values have helped us build business parks of repute and become a valuable real estate partner to global knowledge corporations.”

Director General Indo-Tibetan border Police S S Deswal has been given the additional...

emids, a leader in digital engineering and transformation solutions to the healthcare...

THE NEW NORMAL RETURNS AT VELAMMAL

The Covid pandemic which began ....