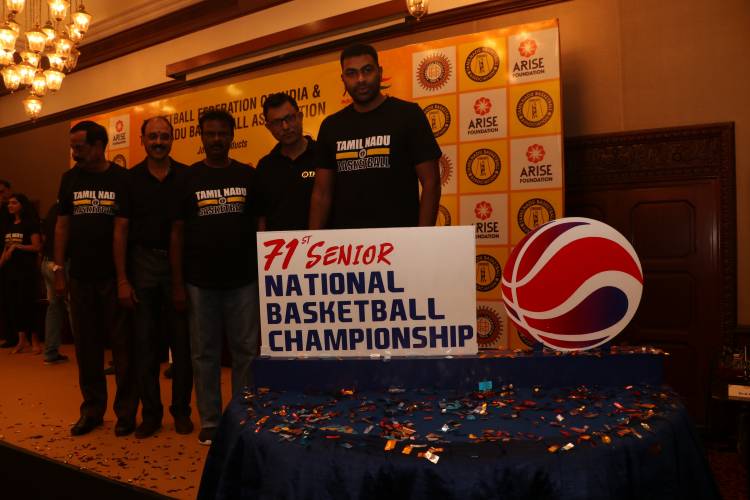 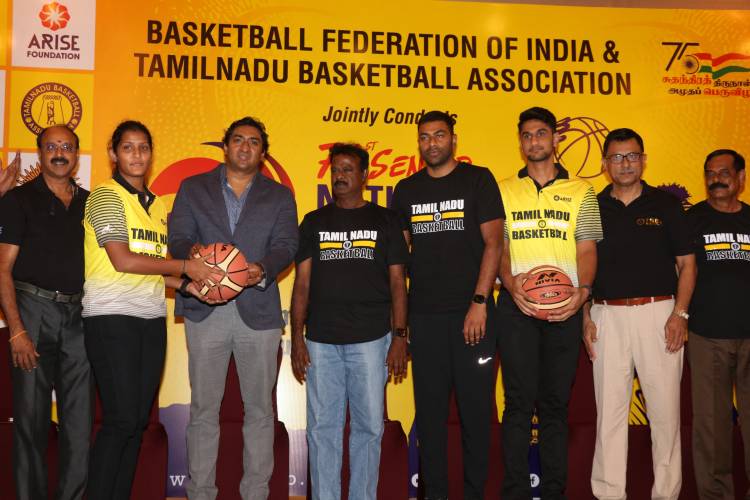 From 3rd to 10th April 2022 at Nehru Indoor Stadium, Chennai

Chennai, April 2nd 2022: The Tamil Nadu Basketball Association (affiliated to Basketball Federation of India, TNOA and SDAT) is organizing the 71st Senior National Basketball Championship for men and women from 3rd to 10th April 2022 at the Nehru Indoor Stadium and Petite Seminaries basketball courts under flood lights. Players from all over the country will match wits and battle it out for honours in this championship.

Teams from all over the country including Indian Railways and Services comprising of 372 players, 50 officials and 90 coaching staff will be participating in this championship, which will be witnessed by over 8000 spectators.

About 31 teams comprising of both men and women state teams will be participating in this championship, which is the highest platform to exhibit their talents. This event would be widely covered by print and electronic media. We are taking all efforts to provide the best playing conditions for the participants, apart from providing air-conditioned rooms, transportation and food on par with international standards.

President - Tamil Nadu Basketball Association (TNBA), Mr. Aadhav Arjuna further added “Tamil Nadu Basketball Association is always focused on creating avenues for the development of players, to showcase their skill at regional, national and international levels. TNBA has been conducting many basketball nationals over the years to create opportunities for the players and to fundamentally promote and develop sports as a productive sector of the economy.”

Tamil Nādu Basketball Association or TNBA is the governing and controlling body of basketball in Tamil Nādu, and is responsible for the development and promotion of the sport at all levels in the state. TNBA is affiliated to BFI (Basketball Federation of India), TNOA (Tamil Nādu Olympic Association) and is recognized by SDAT (Sports Development Authority of Tamil Nādu).

Under the humble leadership of our President - TNBA, Mr. Aadhav Arjuna, We have conducted Six National Championships across the country. He is the symbolic leader and a pioneer of the basketball game in Tamilnadu.

·         In the year 2018, Tamil Nadu hosted the Senior National Basketball Championship and emerged as the winner by creating history as a host for the first time.

·         In the year 2019 the Women's team was the runners-up in the Senior National Basketball Championship at Bhavnagar in Gujarat. The oldest player on the team was 21years of age. and 10 players from the Tamil Nadu team that year were appointed in Indian Railways.

·         It’s the first time a State Association has taken an initiative to provide the best playing conditions for the players apart from providing air-conditioned rooms, transportation, food on par with international standards in a national championship.

TNBA's major initiatives include developing and organizing the State Teams (Senior, U18, U16, and U14), conducting State Championships and overseeing District leagues as platforms for scouting and talent identification, and development of referees and coaches by awarding certifications and organizing clinics.

Basketball was invented in early December 1891 by Dr. James Naismith, a Canadian physical education professor and instructor at the international Young Men’s Christian Association Trainings School in Springfield, Massachusetts, USA. The game was basically designed as an indoor game to enable the players to play indoors during winter season. The game with the original 13 rules which still form the nucleus of the game has caught the frenzy of the spectators and viewers worldwide and is the fastest game in the world.

The Union Ministry of Health and Family Welfare on Tuesday informed that the recovery...