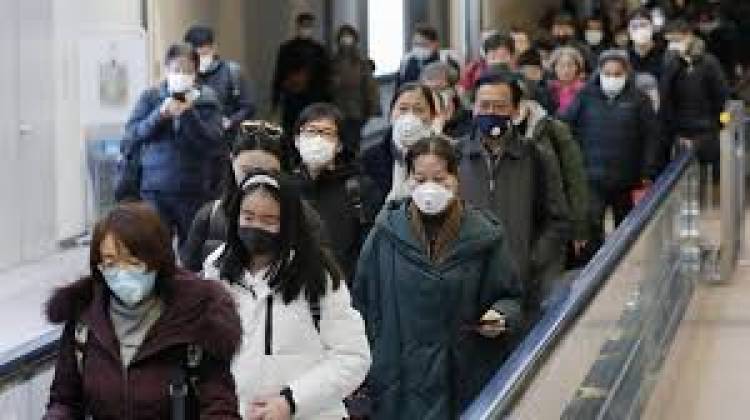 The death toll from the coronavirus epidemic in China crossed the 2,000-mark on Wednesday with the death of 136 more people, while the overall confirmed cases climbed to 74,185, authorities said.

The National Health Commission said in its daily report that 2,004 people had died of the disease known as COVID-19. NHC said 1,749 new cases of novel coronavirus infection have been confirmed.

Of the new deaths, 132 were reported from the worst-hit Hubei Province and one each from Heilongjiang, Shandong, Guangdong and Guizhou.

Another 1,185 new suspected cases have been reported. On Tuesday, 236 patients became seriously ill, while 1,824 people were discharged from hospital after recovery.

The commission added that 11,977 patients remained in severe condition, and 5,248 people were suspected of being infected with the virus, the state-run Xinhua news agency reported.

China's daily number of newly recovered novel coronavirus patients has surpassed that of new confirmed infections for the first time, according to NHC.

So far, 14,376 patients infected with the novel coronavirus had been discharged from hospital after recovery, NHC said.

On Tuesday, Dr Liu Zhiming, president of Wuhan Wuchang Hospital in Hubei, died of the novel coronavirus pneumonia highlighting the risks posed by virus to the medical staff.

Liu was a leading neurosurgeon in Wuhan.

Last Friday, the NHC said a total of 1,716 medical workers had been confirmed contracting the infection. As of February 11, six medical workers were killed while treating patients. This included the whistle-blower ophthalmologist, Dr Li Wenliang who was reprimanded by police for alerting about the virus over the social media in December.

India ranks 77 on sustainability index and 131 on Flourishing Index

Reach 3 Roads is helping people to Learn And Embrace Yoga...

Within just 4 years of its launch, Maruti Suzuki Vitara Brezza, India’s No. 1 compact...