Donald Trump warns Iran: Do not kill your protesters, US is watching 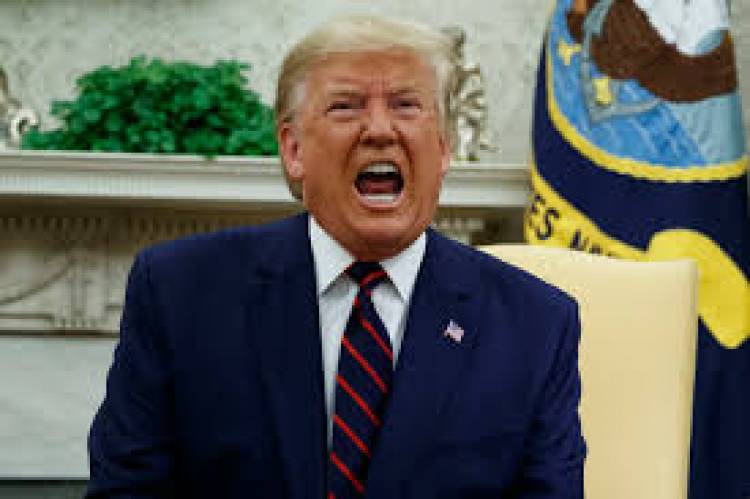 As protests flared up in Tehran following Iran's admission that its force errantly downed a Ukrainian jet,reversing three days of denial,US President Donald Trump warned the Islamic Republic not to kill the protesters or stifle their agitation.

"To the leaders of Iran-Do not kill your protesters.thousands have already been killed or imprisoned by you,and the world is watching.More importantly, the USA is watching. Turn your internet back on and let reporters roam free! Stop the killing of your great Iranian people!" the US President tweeted.

Trump's warning came as Iran's regime faced a challenge from angry street protests,having come to the brink of war with the US with a series of tit-for-tat confrontations.

Iran's Revolutionary Guards on Saturday acknowledged that it shot down the Ukrainian jeliner that crashed on Wednesday,killing all 176 people aboard,in a "disastrous mistake".

The plane was shot down early wednesday,hours after Iran launched a ballistic missile attack on two military bases housing US troops in Iraq in retaliation for the killing of Iranian General Qassem Soleimani in an American airstrike.

In an interview with CBS's "Face the Nation" just before the tweet,US defense Secretary Mark Esper said Trump was still willing to hold talks with Iran's leaders."We're willing to sit down and discuss without precondition a new way forward,a series of steps by which Iran becomes a more normal country,"Esper said

BREAST MILK GETS CONTAMINATED BY THE ORGANIC POLLUTANTS RELEASED FROM BURNING TYRES...

Ahead of the Test series against New Zealand,India all-rounder Hardik Pandy has...

Experience the rich ‘Flavours of India’ at the Holiday...

Celebrate the spirit of ‘Holi’ by experiencing the rich authentic flavours of India...