Efforts on for online delivery platform for street vendors: PM 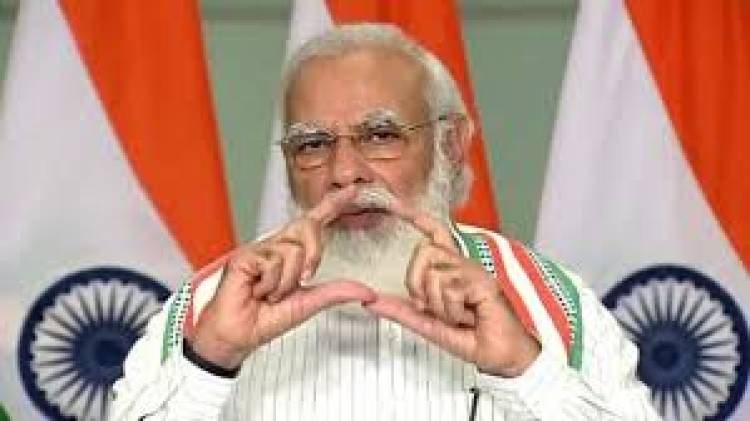 Prime Minister Narendra Modi on Wednesday said efforts are being made to provide an online delivery platform to street food vendors on the lines of big restaurants.

After a virtual interaction with beneficiaries of the PM Street Vendors' Aatmanirbhar Nidhi (PM SVANidhi) scheme from Madhya Pradesh, Modi praised the state government for ensuring the scheme's benefits to over lakh people and providing identity cards to over 4.5 lakh people (scheme beneficiaries) in just two months.

"I congratulate those who are moving ahead with the SVANidhi Yojna. It is a big thing to provide benefits of the scheme to over one lakh street vendors and providing identity cards to over 4.5 lakh such people. Other states must take inspiration from Madhya Pradesh," Modi said.

He told the street vendors that if they come forward, the government will take this effort further.

The prime minister also urged the street vendors to adopt the digital payment system on a large scale.

"The use of digital payment has increased during the past three-four years. Its importance was realised during the corona (COVID-19 outbreak) period. Now customers avoid making payment in cash and pay directly through mobile phone," he said.

Appealing street vendors to come forward to adopt the digital system, Modi said, "A new beginning has been made by the banks and digital payment system providers."

Modi told the street vendors that representatives of banks and such organisations will reach out to them, provide the QR code and inform them about its use.

"I appeal to them (street vendors) to use digital payment more and present an example before the world,"he said.

The prime minister also cautioned people about the threat of COVID-19 until its vaccine is developed, and advised them to follow guidelines like wearing masks and maintaining two-yard distance. He also asked people to avoid single-use plastic products, among others.

SunnyBee Kickstarts Its Week-long Mango Mela with an exclusive...

Offering a fitting tribute to the season .....