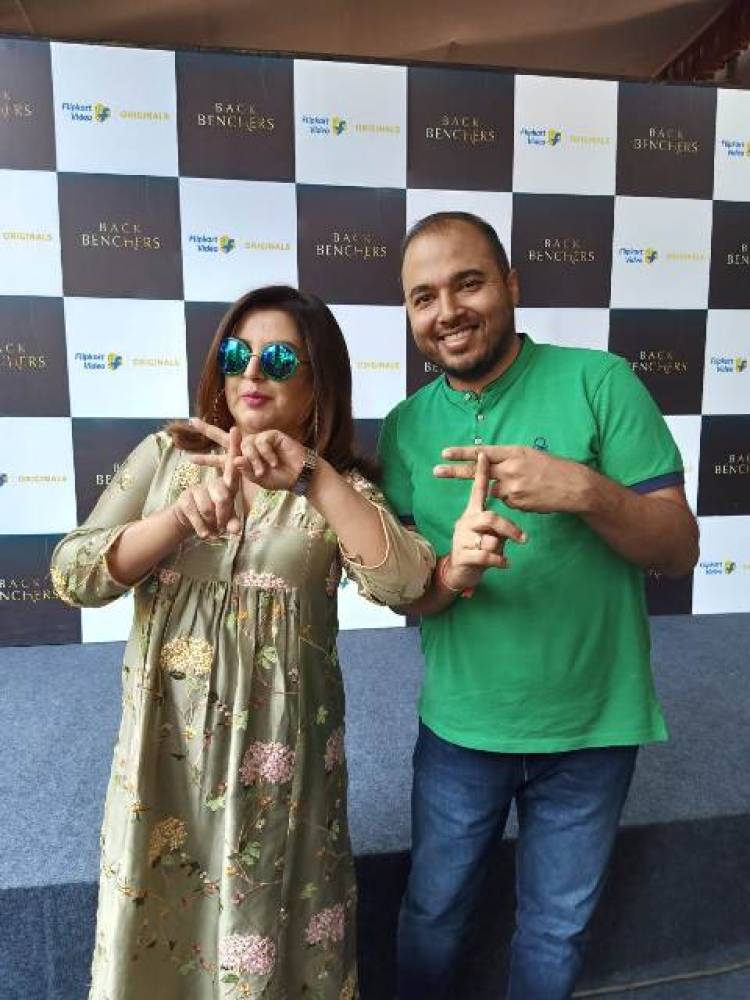 15 October 2019: Flipkart, India’s leading e-commerce marketplace today announced its foray into offering original video content with the launch of ‘Flipkart Video Originals’. Integrated within the Flipkart Video platform, which was launched in August this year, Flipkart VideoOriginals will be produced by some of the best creators in the industry and curated especially for the Flipkart platform.

The first creator to join the platform is Academy Award winner Guneet Monga. Guneet is on board as the official creator and curator of short stories for the platform, helping bring to life new-age storytelling for millions of people. Understanding the entertainment needs of today’s consumers, Flipkart Video Originals will make available bespoke snackable content that is both mobile-first and interactive in nature. Unlike other video offerings available today, Flipkart is integrating compelling technology in entertainment, for the widest consumer base which penetrates into the deepest parts of the country, where the possibilities are endless.

In the months to come, Flipkart will work with renowned industry talent and production houses such as Studio Next, Frames and Sikhya Productions, to bring forth first-of-its-kind content across genres and languages. The first original series ‘Backbenchers’ hosted by Farah Khan goes live later this month and will feature an array of India’s most-loved celebrities, engaging in nostalgic banter, which will have the audience coming back for more.
Speaking about Flipkart Video Originals, Prakash Sikaria, Vice President - Growth & Monetization at Flipkart says,“Our singular focus at Flipkart is to bring value to the lives of our consumers, through carefully tailored and curated offerings. When we launched our Video platform earlier this year, our agenda was clear and we were keen to play a role in on-boarding new customers who are not necessarily new to the internet, but are new to e-commerce. Within the first two months of the launch of Flipkart Video, we are overwhelmed with the positive response we have received from consumers. Encouraged by this, we are launching our next content offering - ‘Flipkart Video Originals’. There is an existing gap that needs to be filled and at Flipkart, we saw an opportunity to create great video content which is easier for people to consume, that is mobile-first. From short stories created by award-winning producers, to entertainment shows featuring the leading talent from Bollywood, we believe that our platform will have something special for every consumer. We envisage our original content to resonate strongly with people across the country, as we usher in a new era of mobile-first video content.”

Speaking about her partnership with Flipkart Video Originals, Oscar Winning producer Guneet Monga, said, “Flipkart Video is offering a great platform for content creators to engage with a customer base of over 160 million people across India, through a unique story telling format. I am excited to be collaborating with Flipkart to cater to today's demand of short-form content, at the convenience of mobile phones. With accepting audience like today's, it is exciting to make diverse films. It's great to witness that Flipkart Video Originals is enabling film makers to share their stories."

When Flipkart launched its video platform earlier in 2019, it truly democratised content for Bharat. Most consumers’ first touch point with the internet is through online video content, and in India, primarily via mobile. Flipkart truly believes that great content, if made available to a wider base of consumers, specially the ones who are new to e-commerce but not necessarily the internet, can play a key role in helping them access e-commerce effectively. Flipkart Video Originals as an offering has been curated for consumers who are constantly looking out for new and better ways to spend their time online.

Technology induced by the online gaming platforms to manage...

The Indian digital gaming industry is growing rapidly and with the demand for games...

With the focus on corporate governance ......

With a commitment to make mental health conversations .....