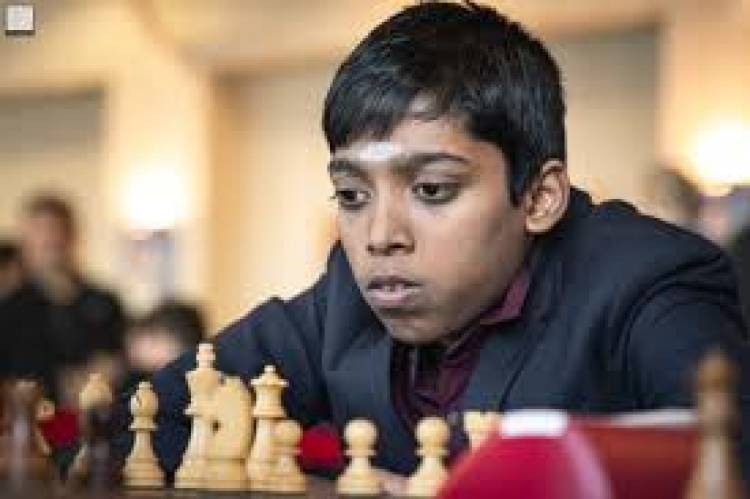 Teen sensation R Praggnanandhaa drew his penultimate round game against Russian Mikhail Kobalia to hold on to the joint second spot, along with four other Indians, in the 18th Gibraltar Chess Festival here.

A 16-player pack, including four Indians -- B Adhiban, Praggnanandhaa, Karthikeyan Murali and Aryan Chopra --, is close behind on 6.5 points.

Among the Indians, the 14-year old Praggnanandhaa settled for a 35-move draw against Kobalia while Adhiban registered an impressive win over Sebastian Maze to take his tally to 6.5 points.

On the top board games, experienced Chinese GM Wang Hao was held by Russian Paravyan while the 17-year old Russian Esipenko failed to convert a clearly superior position in his game against Parham Maghsoodloo.

There were wins for leading names like Maxime Vachier-Lagrave (second seed), Veselin Topalov, David Navara, Le Quang Liem and Michael Adams among others, who scored over lesser-rated players.

TANKER Foundation received the award for Best NGO in the Healthcare sector at the...

According to the Iranian Red Crescent, around three million people have left the...