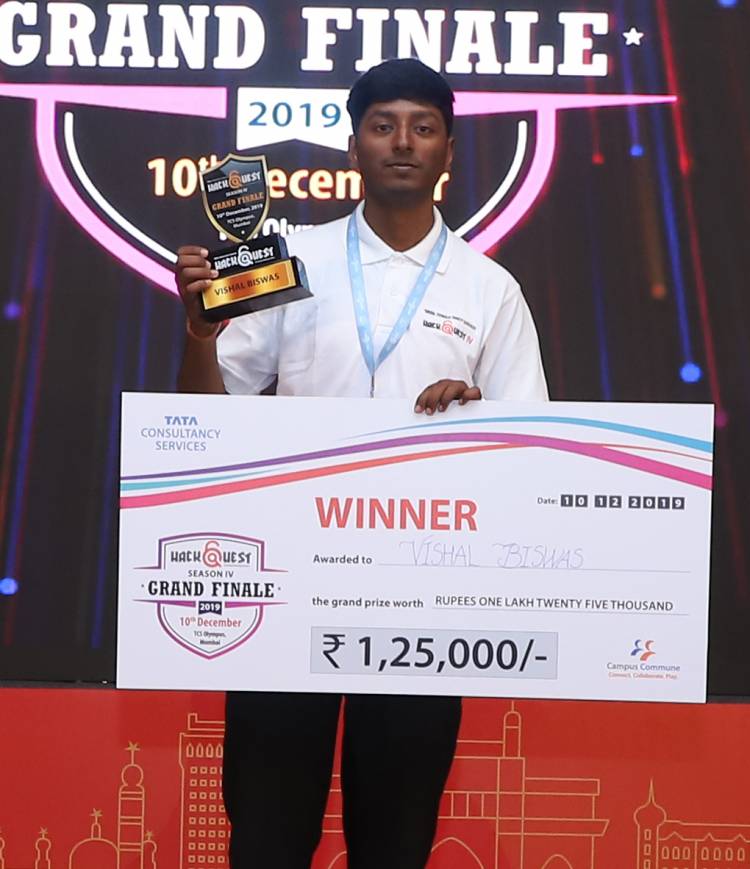 TCS hosted the grand finale of the fourth season of its premier ethical hacking contest- TCS HackQuest, to garner specific talents in order to challenge and thrive in today's cyber threat landscape, at the TCS Olympus Campus, Mumbai. Vishal Biswas from Sanghvi Institute Of Management & Science, Indore was the winner of TCS HackQuest and he took home sumptuous prize money of INR 1.25 Lakhs. The First runner-up, Arun Chaudhary from Lovely Professional University, Phagwara and the Second runner-up, Shaddy Garg- IIT Roorkee received INR 1 Lakh and 75000 respectively. All the 45 finalists were given provisional offers to join TCS.

TCS HackQuest is themed on the archetypal Cyber Security– Catch The Flag (CTF) event that enables holistic assessment of the participants' ethical hacking skills and competency in vulnerability management, with real-life like scenarios.

It encompasses through a diverse set of challenges from the various topics of Cyber Security such as Web, Mobile, Malware analysis, Network, Reverse engineering, etc. The fourth version of HackQuest has grown bigger and became better in terms of its reach of about 12000+ registrations from over 600 institutions across India.

The First Round was of 6-hour duration wherein the participants used their skills to solve the challenges and submit the Flags captured in the online portal. Potential participants from this round were invited for a physical round aiming to match their virtual presence with their physical one at the TCS Olympus, Thane, where they had to attest their capabilities in solving challenges such as System Exploitation, Web application pen test, Mobile Security and Digital forensics. The end-to-end contest promotions and execution was fueled on Campus Commune - an online engagement portal for students created and run by TCS.

After the virtual round, 45 top participants made it to the finals out of which 3 Anchors of TCS's Cyber future were unveiled.