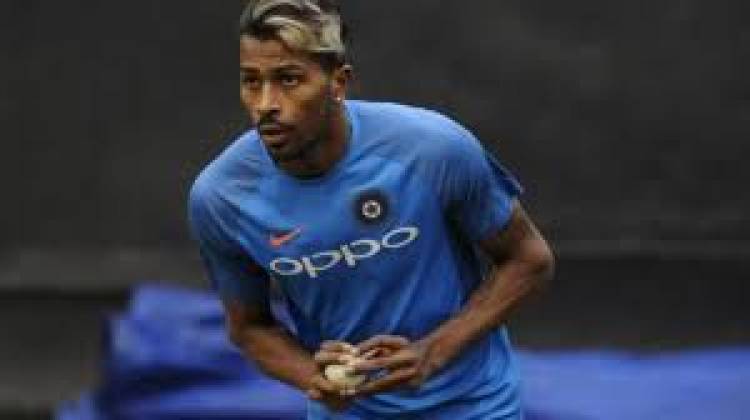 Ahead of the Test series against New Zealand,India all-rounder Hardik Pandy has been ruled out of the Test squad after failing to prove his match fitness.

Pandya will be under rehabilitation at the National Cricket Academy(NCA) until he regains full match fitness.

"Pandyas travelled to London and was accompained by NCA Head Physio Ashish Kaushik for a review by spinal surgeon Dr Jams Allibone",the Board of control for cricket in India(BCCI) said in a statement.

The 26-year old,on Oct 5,underwent successful lower-back surgery in London.He had travelled to London on October 2 along with team India physiotherapist Yogesh Parmar.

Pandya had complained of lower back pain after India's final T20I against South Africa in BEngaluru on September 22.India will play a three-match ODI series followed by two Tests after the conclusion of the shortest format series.

India currently have the unassailable 4-0 lead in the ongoing T20I series,with the last match will be played at BAy Oval in mount Maunganui on Feb 2.

Students of D S Memorial Public School Exhibit Their Interest in Science through...

Being one of the forerunners among the economically rising states of incredible...

MY FM- the radio arm of DB Corp ltd, honors Mr. Javed Akhtar on account of his special...