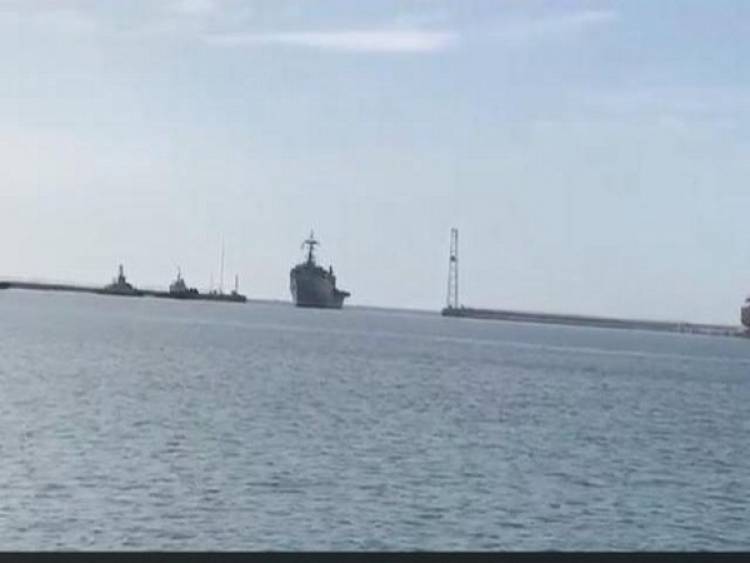 India's amphibious warship INS Jalashwa on Wednesday reached Tuticorin harbour in Tamil Nadu bringing back 687 stranded Indians from Bandar Abbas, Iran under Operation Samudra Setu.
Fishermen from Thoothukudi, Kanyakumari and coastal districts of Tamil Nadu were stuck in Iran due to lockdown and had requested to return to India. The Indian Navy sent INS Jalashwa to bring them back.
INS Jalashwa reached the port of Bandar Abbas in Iran on Wednesday, the Indian Navy said.
On June 11, INS Shardul had brought back 233 Indians from Iran.
Operation Samudra Setu is a part of Vande Bharat Mission to bring back citizens stranded overseas amid the coronavirus pandemic.
The Indian Navy had launched Operation Samudra Setu on May 8 to repatriate Indian citizens. INS Jalashwa and Magar have already evacuated 2,874 personnel from the Maldives and Sri Lanka to ports of Kochi and Tuticorin. On June 23, INS Airavat brought back 198 Indians from the Maldives.

Yamaha celebrates its HERITAGE during the 65th anniversary

The momentous occasion of 63rd Annual Convocation was celebrated at XLRI- Xavier...

A lone duck named Trevor that lived on the tiny Pacific island nation of Niue has...