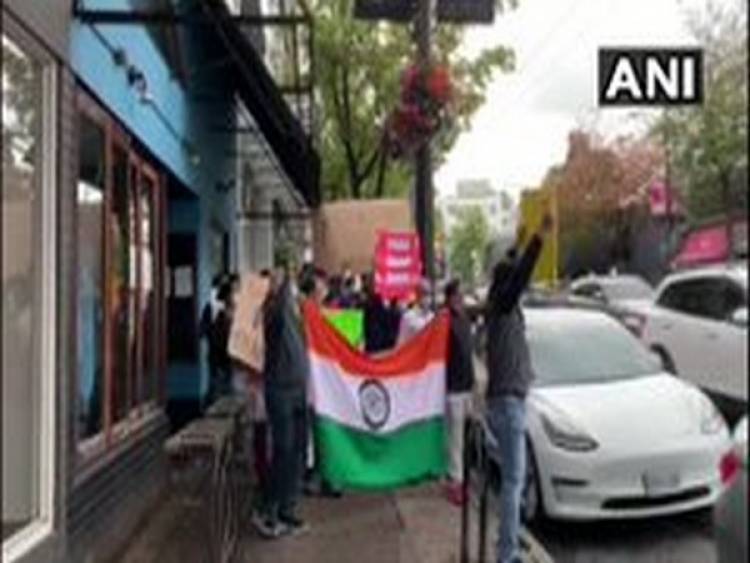 Amid talks between India-China to ease border tensions, the Indian community in Canada on Wednesday held an anti-China protest outside the Bejing's Consulate office in Vancouver.
While protesting against Beijing, people were seen holding banners of 'Back off China' and 'Stop killing people in India'.
"We are protesting against China. Beijing keeps on intimidating its neighbour and tries to enter the border of other countries. Right now China is the world's largest land mafia," said one of the protestors.
"Despite having such a large landmass, it has captured the Aksai China area. They killed the Indian soldiers by deception, but India too retaliated befittingly that China is not reporting it," the protestors added.
Another protestor said that they condemn the behaviour of China and appeal to people around the world to boycott Chinese goods.
"I am standing against the Communist Party of China (CPC) and their expansionist policies. We are here for the people of Hong Kong, Taiwan, and Tibet. And now their aggression against India," a demonstrator said.
India and China are currently in talks to ease the ongoing border tensions after 20 Indian soldiers lost their lives in a violent face-off in the Galwan Valley after an attempt by the Chinese troops to unilaterally change the status quo during the de-escalation in eastern Ladakh.
Indian intercepts reveal that Chinese side suffered 43 casualties including dead and seriously injured in the violent face-off in Ladakh's Galwan valley on June 15.

Our alliance coming to power in UP: Rahul

Our alliance coming to power in UP Rahul, Congress leader Rahul Gandhi on Friday...