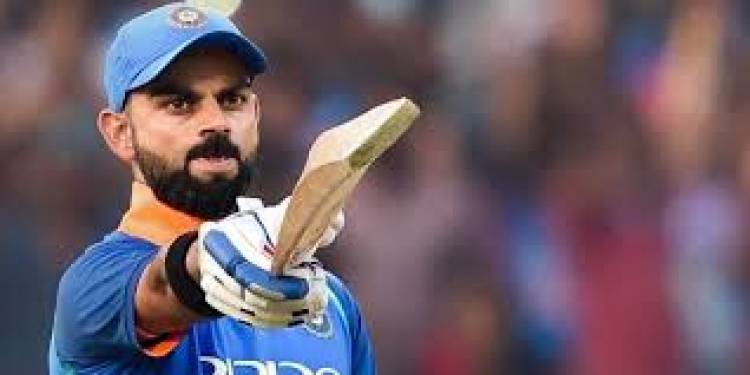 Skipper Virat Kohli remained at the second position in the batting chart which has two more Indians in the top 10, but pacer Jasprit Bumrah slipped to the ninth spot among bowlers in the latest ICC Test player rankings issued on Tuesday.

Kohli held on to second spot with 886 points, while Cheteshwar Pujara (766) and Ajinkya Rahane (726) continued to remain static at the eighth and 10th positions respectively in the batting list, which is being headed by Australia's Steve Smith.

Bumrah slipped one place to the ninth position, while Ravindra Jadeja was steady at the third spot in the all-rounders' list.

Among others, Pakistan batsman Babar Azam has returned to a career-best fifth position, while England's veteran pace duo of Stuart Broad and James Anderson also advanced following the drawn second Test in Southampton.

The 25-year-old Babar, who had attained the fifth position in February this year, once again returned to the same spot after gaining one place following his knock of 47 in the second Test against England.

His compatriots Abid Ali (up to 49th) and Mohammad Rizwan (up to 75th), who had scored half-centuries in Southampton, have also attained career-best rankings.

In the bowlers' list, former top-ranked fast bowlers Broad and Anderson were rewarded for their fine display in the second Test.

While Broad moved up one slot to second position after a haul of 4 for 56, Anderson climbed two slots to 14th with figures of 3 for 60, as the pair helped dismiss Pakistan for 236 in their only innings of the match.

Pakistan pacer Mohammad Abbas took 2/28 in England's score of 110/4 declared, gaining two places to reach eighth position, but is still away from his career-best ranking of third in October 2018.

In the batsmen's list, England's Zak Crawley moved to a career-best 81st place after a score of 53, even as all-rounder Ben Stokes and captain Joe Root have retained their seventh and ninth positions, respectively.

In the World Test Championship points table, India continued to lead with 360 points, followed by Australia (296). While England remained in third position with 279 points and Pakistan are fifth with 153 points.

Offering the broadest range of B.E.E. 5 Star-Rated pumps, C.R.I. stands out once...