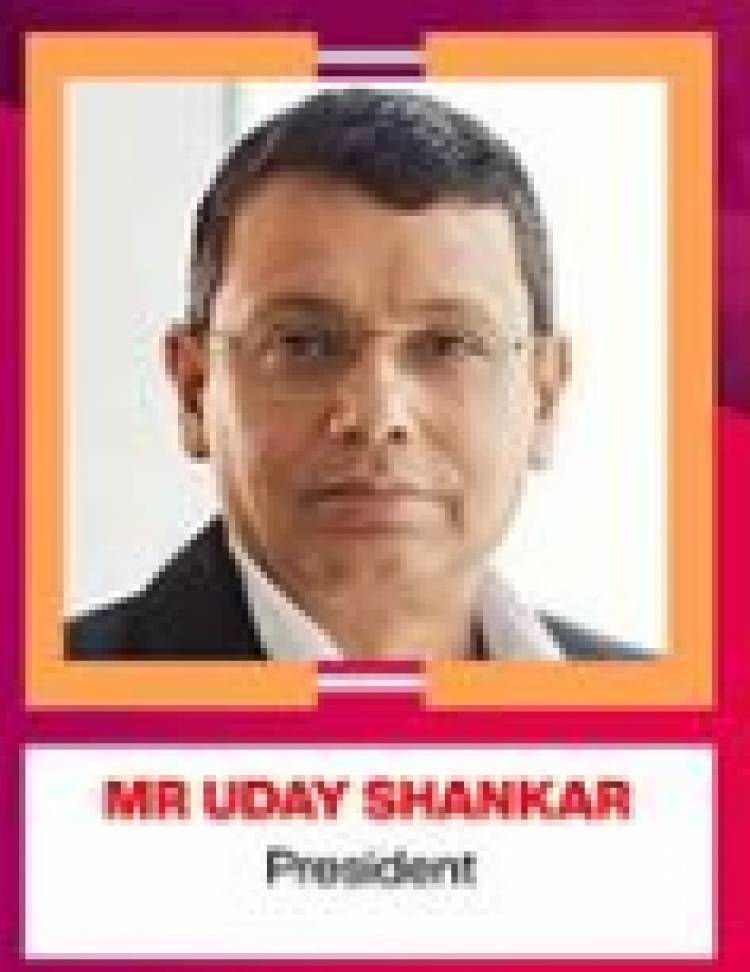 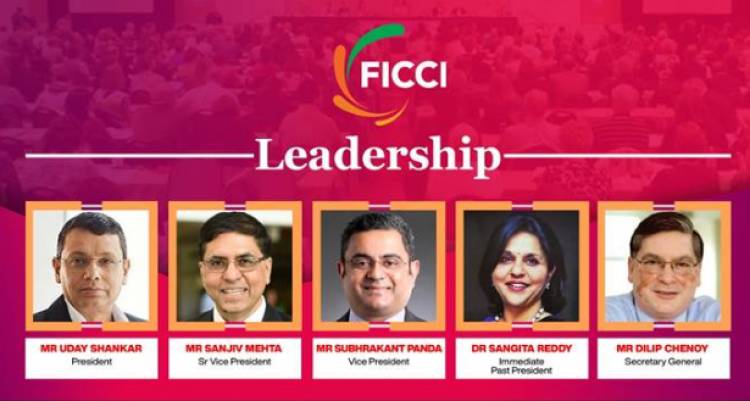 Mr Shankar is a multifaceted personality with an in-depth understanding of both the new-age businesses and the old economy, besides having an impeccable grasp on the geo-political developments and global business ecosystem.

A journalist turned global business leader, he is all set to lead FICCI at a time when the Indian economy and businesses have just started coming out of the grips of deadly COVID-19 pandemic, supported by the pro-active government policies and decisions. Mr Shankar has led many business ventures to success and unprecedented heights and his experience is expected to provide a new dimension to the FICCI’s role and responsibilities as the oldest and largest industry chamber in the country.

In his message as the incoming President of FICCI, Mr Shankar said, “It is a huge responsibility to lead FICCI in these trying times. 2020 has been an extremely tough year for the Indian economy and industry. However, as outlined by Hon’ble Prime Minister Shri Narendra Modi in his inaugural address on Saturday, India has shown the way to the world in dealing with Corona, and the economy is coming back to the track quickly. This has given me immense confidence to lead the chamber in providing solutions to the issues faced by not only our members, but industry on the whole”.

“I congratulate my predecessor Dr Sangita Reddy for her tremendous work in tough times during the last one year and assure our members that bringing industry back to normal will be a relentless pursuit during my tenure as FICCI President. The government has utilised these trying times to usher in extensive reform measures and it is now the turn of the industry to quickly firm up the blueprint and the strategies to make full use of these measures in creating jobs and furthering growth. FICCI will fully support Prime Minister’s clarion call of Aatmanirbhar Bharat, which is much beyond just being self-reliant — it is a roadmap for India emerging as a major player in the global market and value-chains,” added Mr Shankar.

“FICCI will play a lead role in providing inputs to the government and implementing the steps to regain the growth momentum and reach to a 8-10% GDP growth trajectory quickly,” he said.


As president, The Walt Disney Company APAC and Chairman, Star & Disney India, Mr Uday Shankar leads the charge for Disney's transformation into a direct-to-consumer company in the most exciting region of the world.

Prior to this, Mr Shankar was president of 21st Century Fox for Asia and the chairman & CEO of Star India.

In addition to his leadership of Star, Mr Shankar has played a key role in shaping the media and entertainment sector in India, bringing reforms for the industry and its consumers. He has been at the forefront of landmark initiatives in television broadcasting including self-regulation and digitization of the television distribution ecosystem.

A trained journalist, Mr Shankar also pioneered the development of the TV news ecosystem in India. Prior to Star India, he was the CEO and editor of Star News, which was the first 24-hour news channel in India. He was also the editor and news director at TV Today Group, where he spearheaded the launch of Aaj Tank, a leading Hindi news channel, in 2000 and Headlines Today, a leading English news channel, in 2003.

Mr Sanjiv Mehta, a visionary business leader, who has an in-depth understanding of both macro and micro-economic issues, is the Chairman and Managing Director, Hindustan Unilever Limited; President, Unilever South Asia and Member, Unilever Leadership Executive.

Mr Sanjiv Mehta chairs the FMCG Committee of FICCI and has shown the whole world a completely new approach of responsible business practices during COVID times.

Mr Subhrakant Panda is a business leader who has a thorough understanding of the nuances of government policies and their implications at the ground level. He joined IMFA Group in 1993 and has handled various responsibilities over the years.

In 2006 he was appointed Managing Director of the flagship company Indian
Metals & Ferro Alloys Ltd (estd 1961; www.imfa.in) the country's leading, fully integrated producer of ferro alloys and his current role is to define strategic goals including growth & diversification plans.

He has been recognised for his outstanding scholastic achievement by being named to the Beta Gamma Sigma Honour Society for Collegiate Schools of Business, Golden Key National Honour Society and Who's Who Among Students in American Universities and Colleges (1993 edition).

Mr Panda is a voracious reader and his interests include technology.

Ratnadeep hits a century with the launch of its 100th store

TANKER had a Dialysis Patients Ramp Walk for Ms.TANKER and Mr.TANKER as part of...

India continues to be a land of opportunities offering excellent scope for those...