"Nita Ambani features in 10 most influential women in sports" 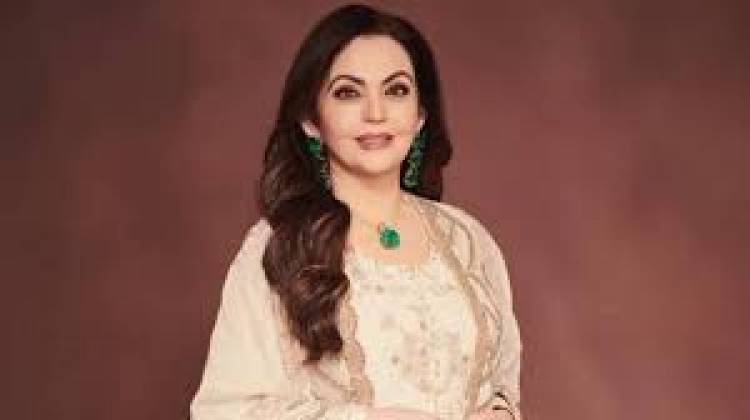 Nita Ambani, the owner of Mumbai Indians cricket team franchise, has been named in the list of 10 most influential women in sports for 2020 alongside likes of tennis superstar Serena Williams and gymnast Simone Biles.
~Sports business network, iSportconnect releasing its 'Influential Women in Sport' list for 2020 said: "After beginning with an original shortlist of 25, it has now been whittled down to a top 10 following receiving opinions from our panel of experts."
~The panel included Anna Lockwood, Head of Global Sales – Telstra; Sally Hancock, Managing Partner, Y Sport and Former Chair of Women in Sport; Aarti Dabas, former head of Media Rights for the ICC, and iSportconnect Chief Executive Officer Sree Varma.
~"Ambani has led her Mumbai Indians franchise to becoming the most successful in IPL history and has been involved in many sports projects across different sports in the country," it said.
~Others on the list included gymnast Simone Biles who was described as "one of the greatest athletes in the world and an ever-growing voice for women in sport", and footballer Megan Rapinoe "who is never afraid to speak her mind and talk about social issues".
~Tennis stars Serena Williams and Naomi Osaka also figure on the list that included Ellie Norman, Director of Marketing and Communications, Formula 1, Cathy Engelbert, Commissioner, WNBA, Fatma Samoura, Secretary-General, FIFA, Mary Davis, CEO, Special Olympics, and Clare Connor, Managing Director – Women's Cricket, ECB.
~Nita is the wife of the richest Indian Mukesh Ambani and has been on the board of Reliance Industries since June 2014.
~Her Mumbai Indians (MI) team has won the Indian Premier League (IPL) four times.
~iSportconnect said the original shortlist included Indian tennis player Sania Mirza and Mithali Raj, captain of Indian women's cricket team.

US President Donald Trump said on Friday(local time)that he is looking forward to...

NASSCOM Center of Excellence – IoT & AI in partnership with the European Business...