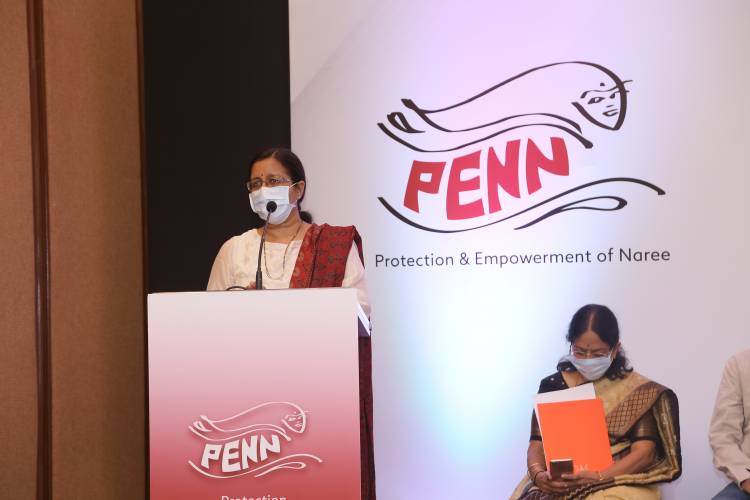 The chief guests and special invitees spoke at the first anniversary event, sharing their insights on how to tackle the issue and expressing support for PENN’s work. The event also honoured the late Mr. S. Sreeram, one of the founders of the trust, with the unveiling of a painting. Several of the public awareness videos that the trust has created to date were also screened.

Since its inception, PENN has held a range of programmes to raise public awareness and address the issue of sexual violence against women and children on individual, organisational and societal levels. These include Krav Maga self-defense workshops at Queen Mary’s College, Chennai and for workers at the Tiruppur Exporters Association; a 45-day online campaign named “Crusade” on identifying and preventing child sexual abuse & child marriages; through Art and Culture with a musical theatre play - “Velu Nachiyar”- the 18th Century Queen , who embodied Women Empowerment and Self Defense by winning over the British Army.  Gender sensitisation and arts-based empowerment form the core of PENN’s approach.

Ahead of International Women’s Day on March 8th, PENN is presently planning events such as short film and illustration competitions and other community engagement programmes, including more self-defense workshops. Their long-term manifesto takes a multi-pronged strategy toward creating personal empowerment and enabling civic change, through plans as diverse as petitioning for changes to the legal system; celebrity engagement to spread awareness on gender sensitisation; and increasing the usage of safety apps.

Speaking on PENN’s mission, Mr. VS Sridhar says, “We believe that the issue of sexual violence toward women and children can only be addressed through a 360° degree approach.  Proactively taking measures to create an environment of safety is what we do. From gender sensitization in the home; to creating better public infrastructure for the safety of women and children; to using culture, cinema and theatre as instruments of spreading our message; to creating behavioral changes within society so that women and children are safer; to influencing policy to prevent sexual violence and to much more – we have an extremely wide array of long-term engagement in our scope. We believe that the participation of important stake holders – individuals, educational institutions, corporate organisations, social-minded public personalities and policy makers –  will enable us to bring about these much-needed changes more quickly.