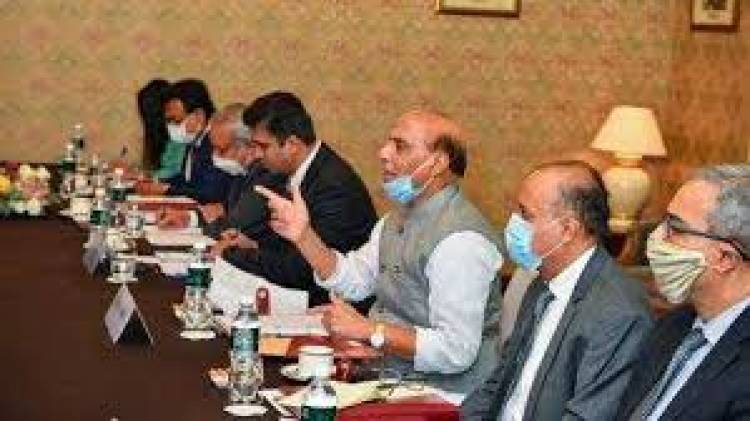 Singh is in Moscow on a three-day visit to Russia to attend a crucial meeting of the Shanghai Cooperation Organisation (SCO) defence ministers. On Friday, he held talks with his Chinese counterpart Gen. Wei Fenghe on ways to ease escalating border tension in eastern Ladakh.

"Had an extremely fruitful meeting with Defence Minister of Tajikistan, Colonel-General Sherali Mirzo in Moscow. Our talks included a wide spectrum of India-Tajikistan defence relations," Singh wrote in another tweet.

It is Singh's second visit to Moscow since June. He had represented India at the Victory Day Parade in Moscow on June 24 that commemorated the 75th anniversary of the Soviet victory over Nazi Germany in the Second World War.

The SCO, seen as a counterweight to NATO, has emerged as one of the largest transregional international organisations which accounts for almost 44 per cent of the world population stretching from the Arctic Ocean to the Indian Ocean and from the Pacific Ocean to the Baltic Sea.

The aim of the SCO is to maintain peace, stability and security of the region. India became a member of the SCO in 2017.

Dettol, the leading germ protection brand in the country, today announced the launch...