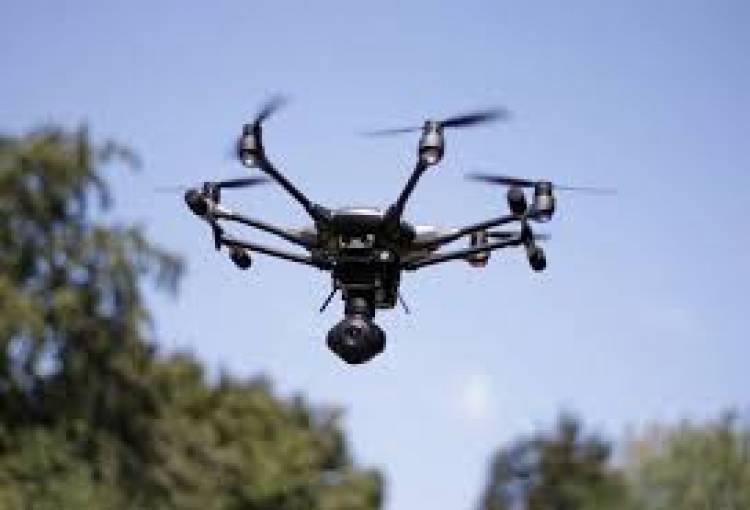 The Aviation Ministry on Monday announced a scheme providing a window up to January 31 for voluntary registration of all drones and their operators, days after top Iranian General Qasem Soleimani was killed in a US drone attack.

Those who fail to register will face action under the Indian Penal Code and the Aircraft Act.

In a notice, the ministry said, "The presence of such drones as well as drone operators has come to the notice of the government which do not comply with the CAR (civil aviation requirements)."

The number of illegal drones in India is likely to be between 50,000 and 60,000, co-chair of a FICCI committee on drones, Ankit Mehta, had said on October 22 last year.

Major General Soleimani, 62, the head of Iran's elite al-Quds force and architect of its regional security apparatus, was killed when a US military drone fired missiles at his convoy while it was leaving the Baghdad International Airport on January 3.

A senior Indian government official said the attack "precipitated the government to take action to regulate hundreds of non-compliant drones" that are operating in the country.

"What happened at Gatwick airport in December 2018 was already there on our mind," the official added.

Gatwick airport, Britain's second-busiest after Heathrow airport, remained closed from December 19-21, 2018, when multiple rogue drones were seen flying over the perimeter fence. During the three-day period, around 1,000 flights had to be cancelled or diverted to prevent any untoward incident.

The Directorate General of Civil Aviation (DGCA) on August 27, 2018, had issued the CAR to regulate the use of civilian drones in the Indian airspace.

Under these regulations, a process has been prescribed for drone operators to obtain Unique Identification Number (UIN), Unmanned Aircraft Operator Permit (UAOP) and other permissions.

Called the "No Permission-No Take Off" regulation, a drone operator has to use the DGCA's software programme DigiSky to obtain valid permissions before operating drones in India.

However, the DAN and the OAN do not confer any right to operate drones in India if it does not fulfil the DGCA's drone regulations, the ministry clarified.

"Further, ownership of drones in India without a valid DAN or OAN shall invite penal action as per applicable laws. This database will be issued to process each case as per the regulations by seeking further information, if required," the ministry stated.

Punjab National Bank enters into Tie up Arrangement with...

To align with the Government of India reform .......