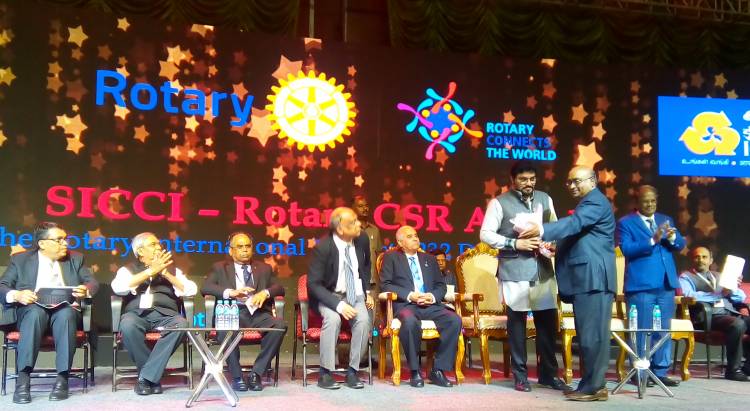 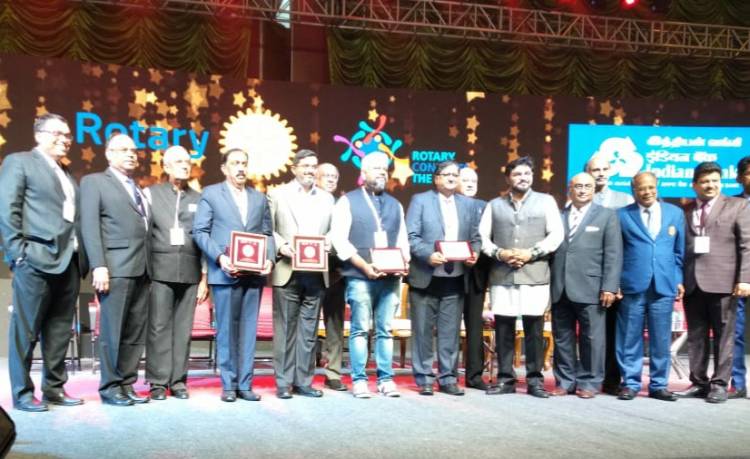 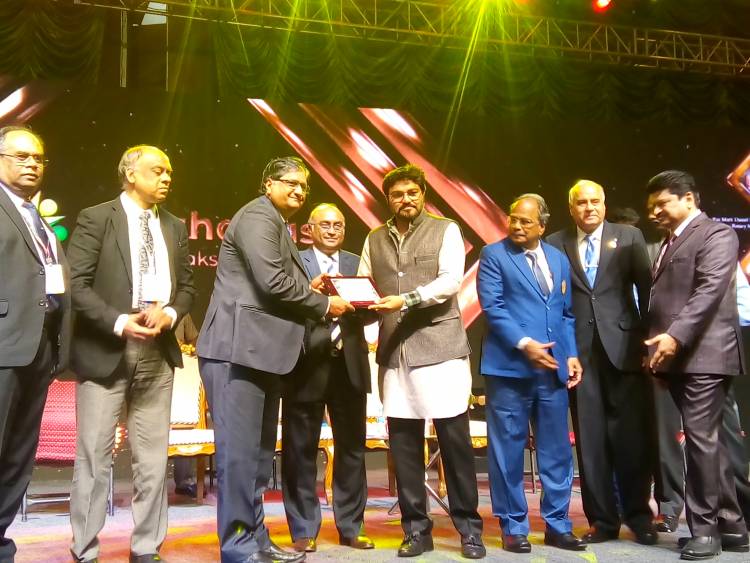 Rotary International District Conference “Nakshatras” held in Chennai on 7th, 8th & 9th February at Chennai Trade Centre , Nandambakkam was a welcome change with SICCI  a prominent industry body associating with Rotary District 3232 which is a first of its kind program undertaken by Rotary in Chennai.

Mr. Babul Supriyo , Honourable, Union  Minister of State for Environment, Forest & Climate Change  was the Chief Guest and gave away the awards to four largest corporate houses in India. They are Tatas, Murugapa Group, Mahindras & IT major Cognizant Technology. All the four companies have been doing exceptional work in the area of community service and reaching out to the under privileged society of India spending huge amount of money for welfare.

Rotary 3232 District Governor, G. Chandramohan said it was real privilege for Rotary to come face to face with the Government & Industry and present the top companies with CSR Awards in association with SICCI. President, R. Ganapathi, of SICCI explained to the August audience about SICCI’s contribution to helping industry and facilitating the economy to grow faster by becoming a via media between the Corporates and the Government in Tamil Nadu.

The Minister Supriyo said he was very happy to be associated with a program which brings Industry movers & shakers on a single platform along with the Influencers – Rotarians. He urged all Rotarians to contribute to the welfare of the society there by helping the Government to fulfil its obligation to the people of India. He specially thank President Ganapathi of SICCI for planning and executing such an interesting session.

The Fletcher School is honored to announce

Godrej Appliances urges citizens to join the ‘India vs...

Godrej Appliances used the occasion to draw attention to the rising e-waste menace...