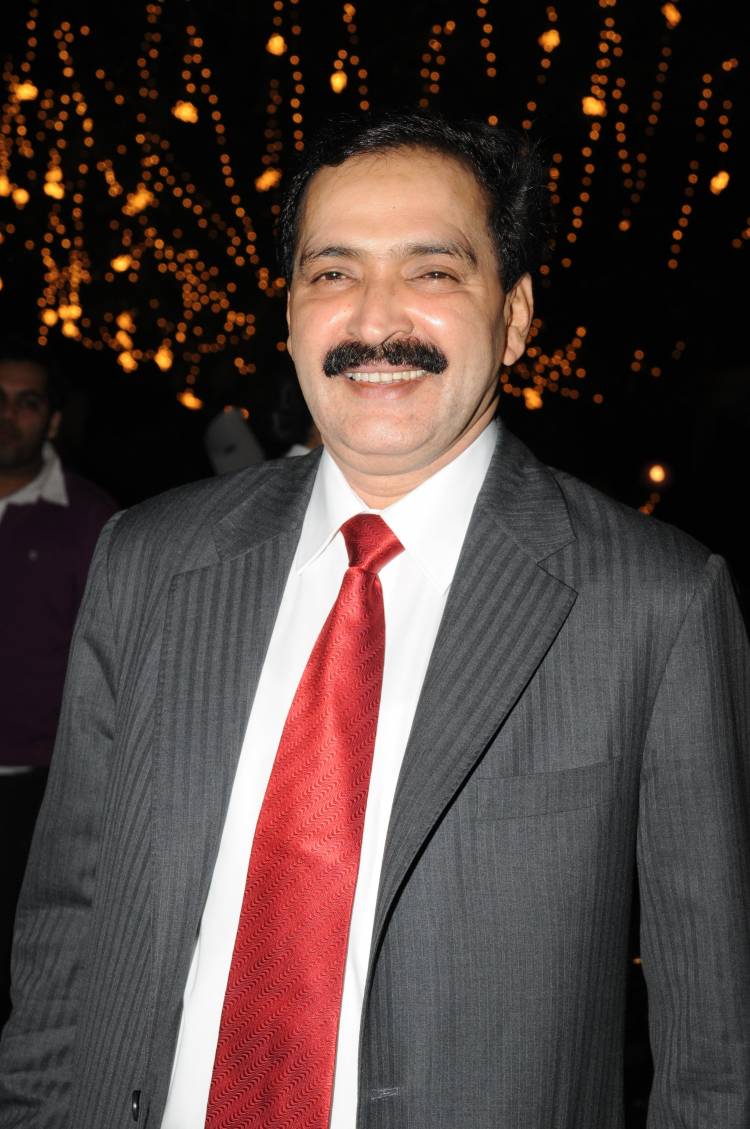 Thirty three years ago JayaramBanan made a humble beginning with the firstSouth Indian Vegetarian restaurant- SagarRatnain Defence Colony market. Today he stands tall as the undisputed ‘Dosa King’reigning supreme with 150 plus outlets across 12 states.

JayaramBanan hails from Mangalore, the coastal city of Karnataka well known for its never ending generation of highly successful entrepreneurs, with a fantastic business acumen. He started his independent career at the young age of 13 in Bombay (now Mumbai)-the beacon for such runaway entrepreneurs who had the courage to dream big and the vision to achieve success in whatever they touched.

After years of struggle in Mumbai,  JayaramBanan moved to Bangalore venturing to be on his own. But success evaded him here and the business incurred losses but he did not give up and  shifted to Ghaziabad and immediately was successful in bagging a semi-Government canteen contract which kept him afloat for six years. However, Destiny had other plans in store for him. With a small capital investment he opened the first Sagar Restaurant in Defence Colony in New Delhi  in 1986. It was still difficult days for him and the business took a while to stabilize. Success followed his hard work and soon it became the kind of business model most entrepreneurs dream of. Never a person to sit idle on his laurels, JayaramBanan diversified into non-vegetarian Restaurant business segment under the Brand name of Swagath which acted as an icing on the cake. Presently SagarRatnais spread across the country through 60 own stores and 90 Franchisees in 12 states. Mr. Banan now has drawn plans to expand by opening more than 100 branches and an equal number of Franchisees in the next 3 years, with an aim to make it one of the largest chains of vegetarian restaurants in the country.

Following SagarRatna’s success, ShriJayaramBanan,   branched out and forayed into multiple business segments such as Catering/ Canteens , non-vegetarian coastal food specialty through Swagath Brand restaurants, Star Category Hotels in Mangalore, Udupi&Hubli (all in Karnataka State) with an inventory of more than 200 rooms. Shree RathnamRestaurants , an equally popular chain of  South Indian vegetarian restaurants is also  a part of JayaramBanan’s Group increasing the footprints of the Group across the country. Today the Group has a turnover of over Rs. 300 crores. Mr. JayaramBanan has plans to take SagarRatna overseas besides embarking upon large scale expansion of the canteen & catering business.

JayaramBanan is a firm believer in God and in his own abilities to reach higher Goals in the area of Businesses he has chosen. The secret of his success is that “there is no substitute for hard work and self-belief/confidence”.

A special screening of the movie, Kanaa (Dream) for PUTHRI...

Today Dream to Win; A special screening of the movie, Kanaa (Dream) for PUTHRI scholars...