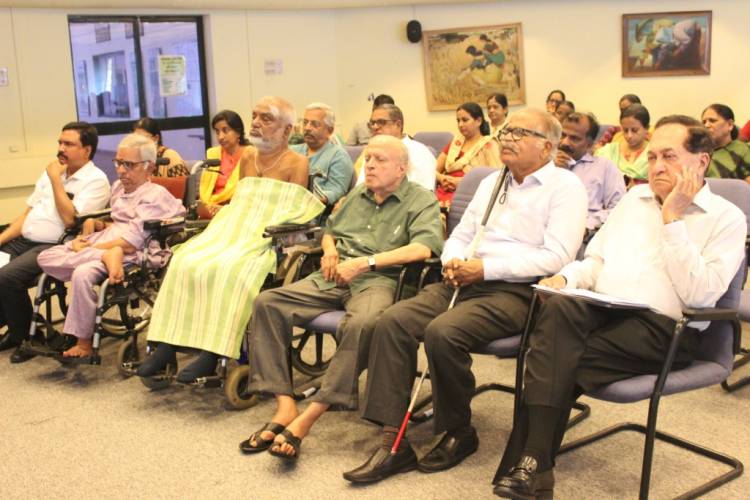 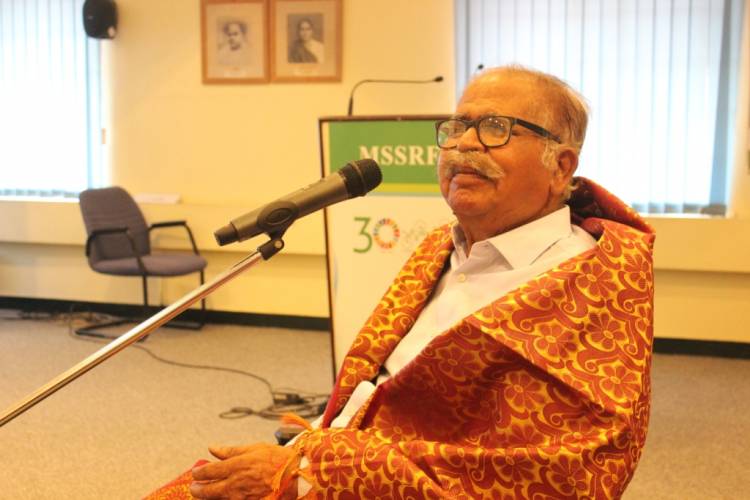 Two inspirational personalities, with several achievements while overcoming disabilities, were felicitated at a special event today. Mr Manohar Devadoss and Mr S Ramakrishnan awarded the Padma Shri this year, have a spirit that needs to be celebrated, said Mr N Ram, Chairman Kasturi and Sons speaking at the M S Swaminathan Research Foundation.

“We are celebrating capabilities, where two people excavated deeply from within, where interests continued or new opportunities were explored. How you respond to adversity is key. Instead of dwelling on what might have been, they contributed in an even more significant way. That is the moral of the achievements we are celebrating today,” said Mr Ram. Sharing his long association with Mr Manohar Devadoss and his wife Ms Mahima and the way they never gave up in the face of many obstacles, he also lauded the spirit of Mr Ramakrishnan. “Instead of giving up, they responded to the challenge; especially now, we need this spirit of optimism.”

Mr Manohar Devadoss, an artist struggled with a degenerative eye condition that led to his gradual loss of vision, publishing books and a large repository of line drawings and artwork. Mr S Ramakrishnan, paralysed after a fall as a young man, founded Amar Seva Sangam, an institution that reached out to people with physical and mental disabilities in 900 villages of Tamil Nadu

Prof M S Swaminathan, Founder MSSRF, spoke of the importance of celebrating humanity. “The value system that you stand for is the value system we need in the country; where people will put the country above themselves and look at values applied to human well-being.”

While responding to the felicitations, Mr Devadoss thanked his friends, including Mr N Ram and Prof Swaminathan and how the love and affection that he enjoyed with his wife over the years, helped him collaborate with her in work as well.  Mr Ramakrishnan dedicated the award to his committed team, specifically thanking Mr Shankar Raman, the Secretary of Amar Seva, the guiding force behind the institution. “Many differently-abled people said they felt as if they had got the award. This is a great opportunity to continue to serve people,” he said.

In a bid to reinforce awareness over the corona virus pandemic, the event began with a short video interview of Dr Soumya Swaminathan, Chief Scientist, WHO, speaking about the levels and need for preparedness around this disease and awareness pamphlets were also distributed.

Coronavirus: Viswanathan Anand extends his stay in Germany due to flight restrictions

Rupee down 3 paise against dollar in early trade

The rupee dropped 3 paise at 63.62 against dollar in early trade today...

The Met department on Saturday said that the rains are likely to continue in the...

Quench your thirst at Distil with a choice of signature beverages, the finest...

Andhra to suffer Rs 4700 crore loss every year due to GST, Andhra Pradesh will suffer...