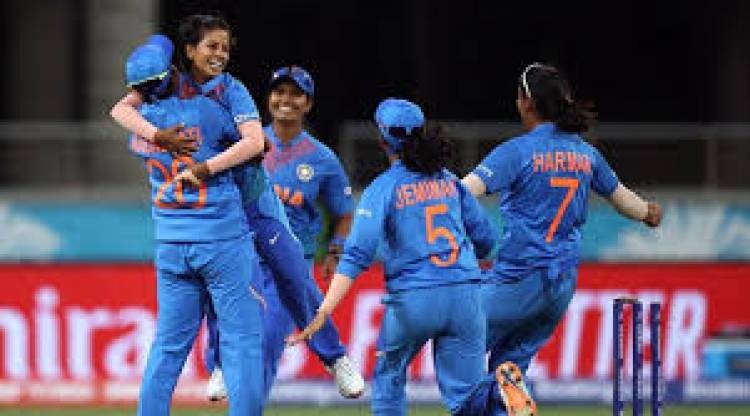 "Wah bhai Wah! Great effort by the girls to hold on to their nerves and beat New Zealand and qualify for the semi finals of the T20World Cup Shafali Varma is a rockstar.Anand aa raha hai ladkiyon performance dekhne mein",Sehwag tweeted.

Verma played a knock of 46 runs off just 34 balls.After being asked to bat first,she provided India with  good start in the match and the team managed to put up a total of 133 runs.

India women then successfully defended the target and secured a four-run victory in th match to cruise into the semi-finals of the premier tournament.

Former batsman VVS Laxman also congratulated the team for qualifying in the semi-finals.

"congratulations @BCCIWomen on a wonderful win against New Zealand and qualifying for the semifinals.The bowlers were excellent in defending 132 nd Shafali varma has been absolutely top class for India.Well done girls.#T20

Ease 3.0 launched by the finance Minister to enhance Ease of Banking

Prarthana is a Kerala based model ready to try her luck...