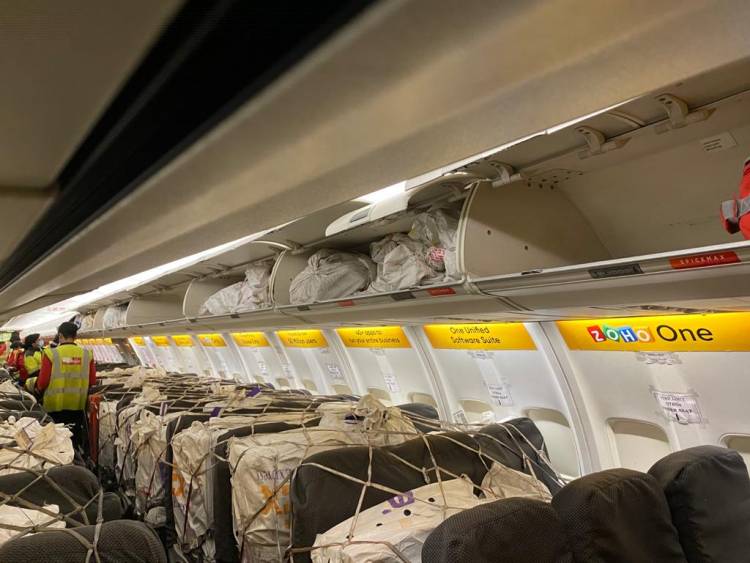 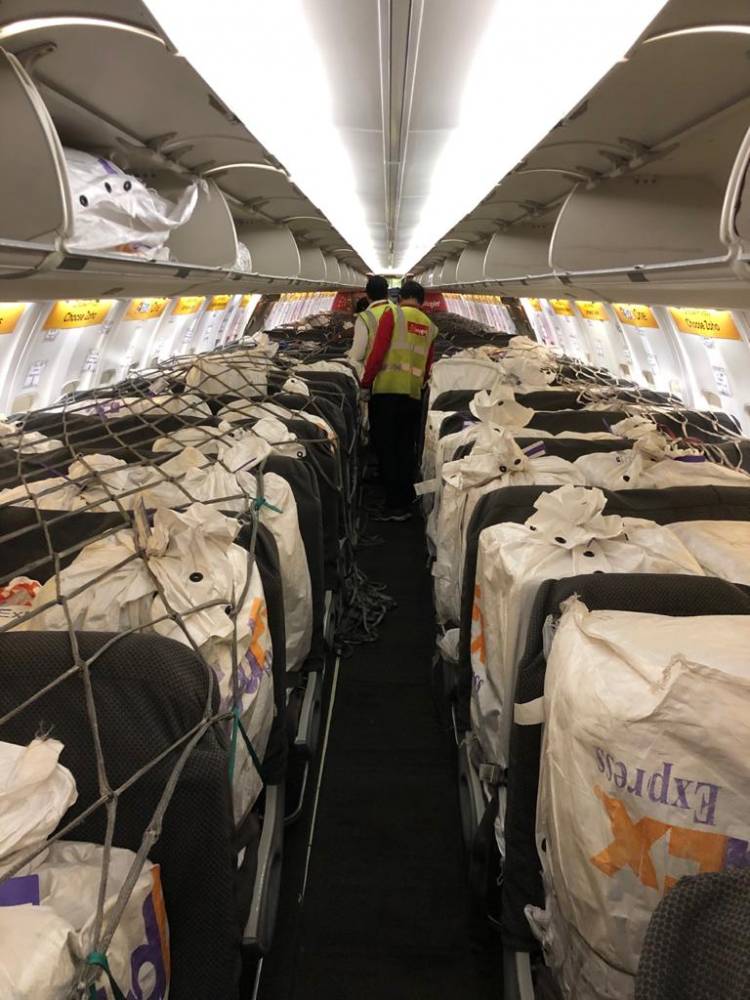 SpiceJet operated the country’s first cargo-on-seat flight carrying vital supplies in the passenger cabin and belly space from Delhi to Chennai today. The airline deployed a Boeing 737 NG aircraft after taking due approvals from the Directorate General of Civil Aviation (DGCA) and the Ministry of Civil Aviation. The aircraft will do five rotations today ensuring that vital supplies are delivered in the shortest possible time.

Ajay Singh, Chairman & Managing Director, SpiceJet, said, “In these times of unprecedented crisis, SpiceJet is proud to play its part in ensuring that the supply chain remains intact. Since the lockdown began, we have carried more than 1400 tons of cargo operating around 200 domestic and international cargo flights. Today, for the first time in the country, we used a passenger aircraft to transport cargo where in addition to the belly space the passenger cabin was used to safely carry essential supplies. We are honoured to be a part of the government’s ‘Lifeline Udan’ initiative. We have also put our five freighters to maximum use to transport cold chain medical supplies, medicines, medical devices for various state governments, medical and pharma companies.”

Special seat covers made from flame-proof material were used to cover the seats and the cargo on seat was secured with restraints. To ensure optimum utilisation of space, the overhead bin, were also used.

SpiceJet has transported over 4000 Coronavirus Rapid Test Kits to Kozhikode from Mumbai.

On March 26, SpiceJet helped transport an emergency consignment of IR Thermometers, required to detect COVID-19, to Kolkata from Hong Kong. On March 27, the airline operated a special charter flight from Delhi to Coimbatore on Government's request carrying a Hazmat suit that would help local authorities replicate and start local manufacturing.

On March 29, SpiceJet operated a special flight between Delhi and Jodhpur to facilitate transportation of 136 Indian passengers evacuated from COVID-19 hit Iran to a Government quarantine facility in the city.

The airline has also operated special cargo flights to Abu Dhabi, Kuwait and other countries taking fresh fruits and vegetables and helping Indian farmers maintain continuity of their supply chains in addition to operating dedicated services from Chennai & Vishakhapatnam to Surat & Kolkata.

TVS Motor Company continues to lend its support to local communities in their fight...

Amazon back to school

Amazon.in today announced the launch of a specially curated ‘Back To School’ store...