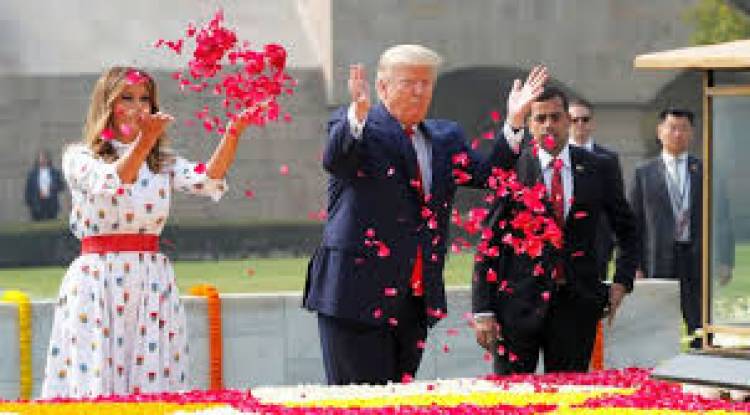 US President Donald Trump and his wife Melania on Tuesday paid homage to Mahatma Gandhi at the memorial of India's Father of the Nation at Rajghat here.

The US president and the first lady laid a wreath and paid floral tributes at Rajghat.

The Trumps reached Rajghat after a ceremonial reception at the Rashtrapati Bhavan.

Trump also signed the visitor's book at Rajghat, and the couple also planted a sapling at the memorial.

Child Rights and You (CRY) one of India’s leading NGO’s working on child rights...

India and Russia have finalised a major deal for manufacturing AK-47 203 rifles...

Home team SCR tastes its first loss at the hands of title...