Trump will encourage India,Pak to resolve differences through dialogue,says senior US Administration official 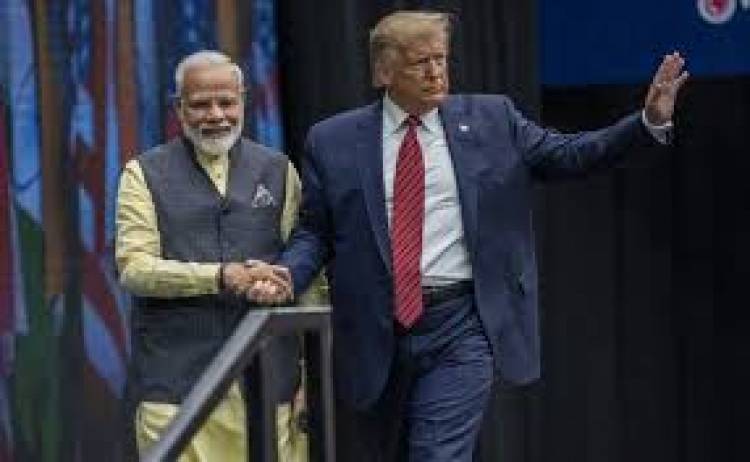 Donald Trump will encourage India and Pakistan to engage in bilateral dialogue to resolve their difference,a senior US Administration official said on Friday,ahead of the US President's maiden visit to India from February 24.

The official made the remark while responding to a reporter's question on whether the US President will repeat his offer of mediation on the Kashmir issue between India and Pakistan.

"I think what you'll hear from the President is very much encouraging a reduction in tensions between India and Pakistan,encouraging the two countries to engage in bilateral dialogue with each other to resolve their differences,"the official siad here.

"President will urge both countries to seek to maintain peace and stability along the line of control and refrain from actions or statements that could increase tensions in the region",the official added.

The official said that the United States believes a core foundation of any successful dialogue between New Delhi and Islamabad is based on continued momentum in Pakistan's efforts to crack down on terrorists and extremists on its territory.

Last month,Trump had repeated his offer to help resolve the Kashmir issue during his meeting with Pakistan Prime Minister ImranKhan.India has maintained that there is no scope for third party mediation.

Calling US Secretary of State Michael Pompeo statement--that the country has reached an underestanding with the Taliban to reduce violence in Afghanistan--a major step forward,the official said Washington looks to India's support for the Afghan peace process.

"We would just encourage  India,as we are all regional countries,to do whatever they can to support this peace process so that it can be successful and we can potentially end 19 years of military,diplomatic,economic engagement,"the official said.

"You know,that we can end the military engagement.We will be continuing our diplomatic and economic engagement,which has been there over the last 19 years,the official added.

Accompained by a 12-member delegation,the US President will arrive on his maiden visit to India on February 24.

Feature often neglected in our Constitution is Fundamental Duties:CJI Bobde

With 1553 fresh cases of corona virus reported in the last 24hrs,the total number...