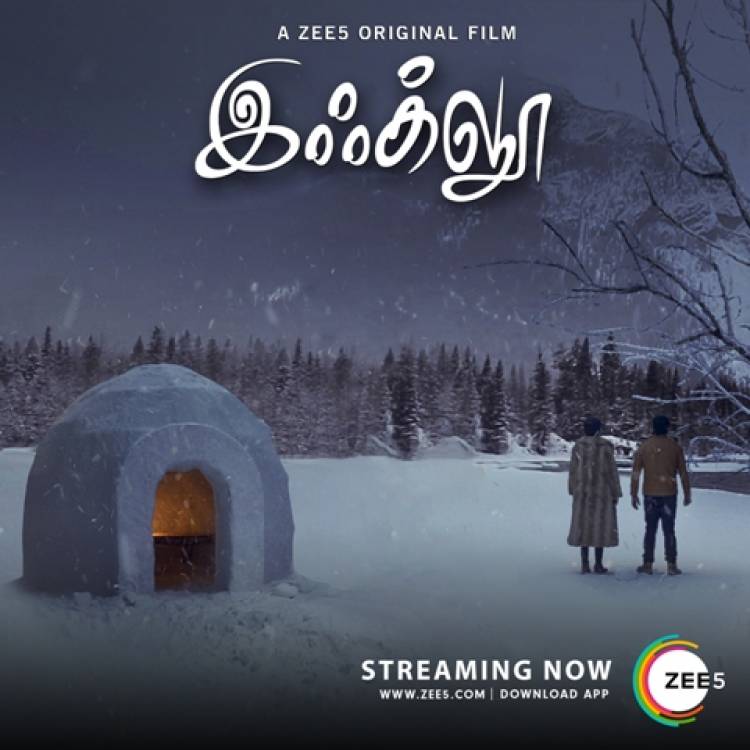 Igloo is a story about Siva and Ramya who fight all odds to be together and then lose to fate when Ramya is detected with blood cancer. Here on, the story takes an emotional turn and concentrates on single parenting focusing on how Siva brings up his twin daughters.

Amzath Khansaid, “The narration of Igloo left everyone emotional. That moment is etched in my mind forever. I essay the role of a doting father and through the shooting of the film, I have developed a bond with both the kids. Igloo is an emotional roller coaster. Performing such high-octane emotional scenes convincingly, was tough yet enriching. It is a story which needs to be watched and with ZEE5’s massive reach, I am sure that will happen.”

Director Bharath Mohan said, “Igloois an emotional film about love and relationships. Each actor has given a phenomenal performance and I am sure audiences are going to connect with the film. We are happy to present the film on ZEE5 as they have an extensive repertoire of original Tamil content, much appreciated by the audience.”

Commenting on the announcement, Aparna Acharekar, Programming Head, ZEE5 India said, “All our recently launched Tamil shows like Auto Shankar, Thiravam, Postman have been received well by audiences. We are continuously working towards building our regional content and Igloo is our latest addition. With a compelling story,Igloo is about single parenting and the many challenges faced by a father. It is a starkly different story in our content mix and we are thrilled to offer this story to our viewers.”

Sharing his perspective, Manish Aggarwal, Business Head, ZEE5 India said, “At ZEE5, we are constantly working towards strengthening our content bucket and adding diverse genres which can be enjoyed by consumers. Our language subscriptions have seen a sharp increase since launch and specially this year with the launch of some blockbuster Tamil films as well as Originals. Joining the robust Tamil content library is Igloo, a fantastic story that is sure to build an instant connect across age groups.”

In November last year, ZEE5 introduced regional premium packs (Tamil, Telugu and Kannada) for subscribers which have seen great success. The ZEE5 Tamil Premium pack is priced competitively at Rs. 49/- for one month and Rs. 499/- for a year.

With over 3500 films, 500+ TV shows, 4000+ music videos, 35+ theatre plays and 80+ LIVE TV Channels across 12 languages, ZEE5 truly presents a blend of unrivalled content offering for its viewers across the nation and worldwide. With ZEE5, the global content of Zindagi as a brand, which was widely appreciated across the country, has also been brought back for its loyal viewers.

SETTING AN EXAMPLE AND A MILESTONE ON TEACHERS’ DAY

COAI, the representative body for the Indian ......

Ashok Leyland, the flagship Company of the Hinduja .......