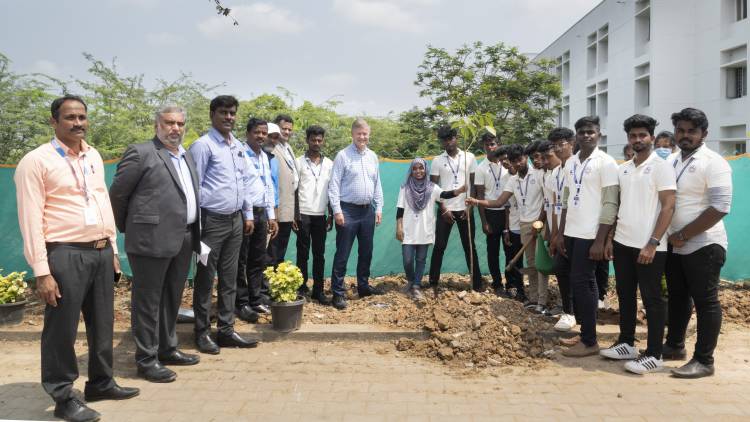 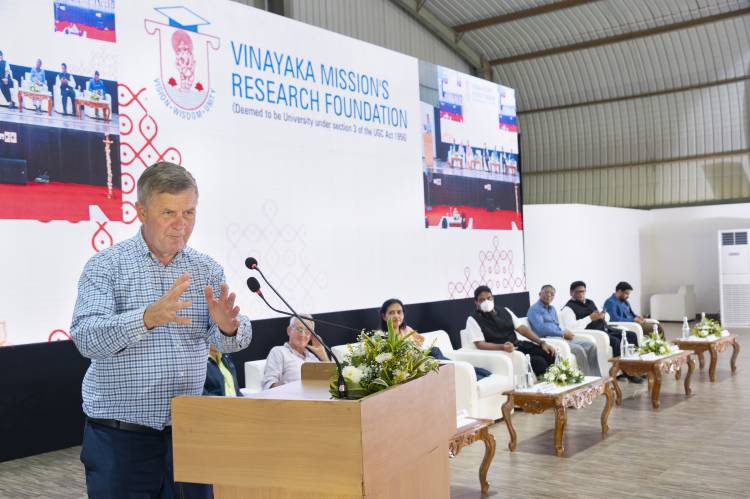 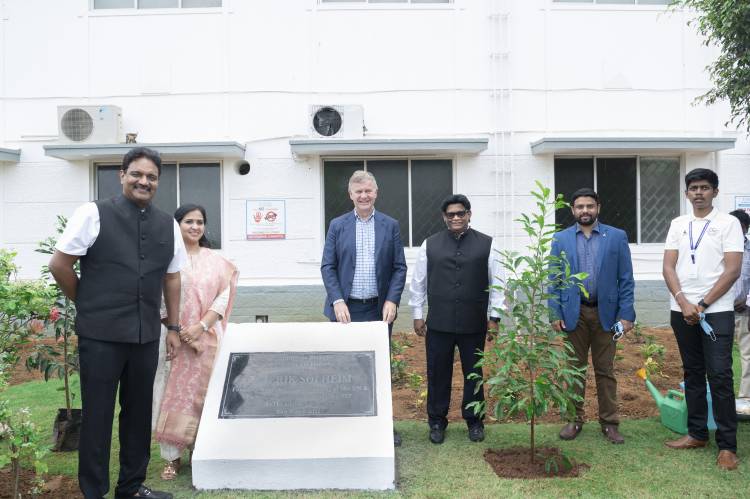 A progressive initiative to make AV Campus more Eco-friendly, a campus walk with Mr.Erik Solheim followed by ‘Trees for Tomorrow’ – planting saplings at AV Campus Paiyanoor to create a step towards sustainable campus operations. Mr.Erik Solheim encouraged students to safeguard the society by planting more trees at their homes.

Speaking at the Event, Former Under-Secretary General of the UN, Mr.Erik Solheim said “I think we’ve already made a big breakthrough in seeing the need for climate action as an opportunity rather than a cost. In addition, we’ve seen countries like India take up leadership roles in pushing the Green Economy message. The big challenge, however, is time. We have a small window of opportunity to reverse the current trends. To all students’ presence here, I would advise to reduce the use of plastic and also encourage students to use cycles as a mode of transport inside AVIT campus to help tackle carbon emission.”

The students of the Vinayaka Mission’s Research Foundation (VMRF) presented Nrityanjali a traditional performance to celebrate the monumental day. A plethora of activities were organized to infuse the spirit of unity among the students to learn about global warming and climate change.

Jodii, a vernacular matrimony app in Telugu, and 9 other languages, launched to...

Ease 3.0 launched by the finance Minister to enhance Ease...