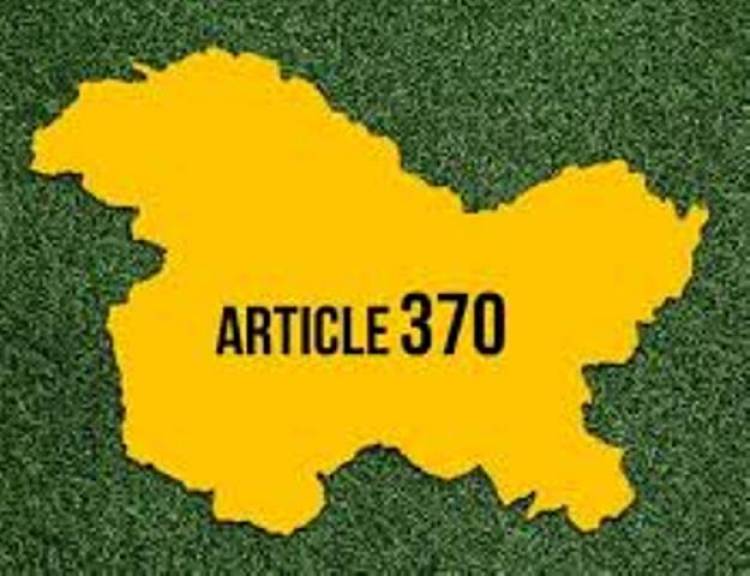 The most important and historic decision by the Government of India in recent times can be none other than the abrogation of the article 370 on 05.08.19 through the presidential notification and ratified by the parliament, which has given a special status to the state of Jammu and Kashmir and thereby the rights to remain largely outside the purview of the Indian Constitution.

The history of this most important and controversial article was drafted in part XXI of the constitution under the category of Temporary, Transitional and Special Provisions.

This was inserted as per the decisions of the Constituent Assembly of the state of J&K which has said that whatever has been given in the clause 7 of the “Instrument of Accession” signed by the Maharaja Hari Singh and accepted by the then Governor General of India Lord Mountbatten, shall only be accepted in the new constitution of India with respect to governing the state of J&K.

This to assuage the sense of desperation in the muslim majority population of J&K as a result of the decision to accede to India taken by the Hindu king Raja Hari Singh.

However, Pakistan, through its poisonous propaganda and proxy war, all these years has always taken this concession into its favour to spread hatred in the minds and hearts of the people of J&K, against the Government of India and its people.

Now the present government through this abrogation has in one stroke removed this uncertainty and the loophole and has given itself a chance to integrate the people of J&K into the Indian mainstream. Having done that with its own majority and the support of its allies and friends, as per its own aspirations and the general willingness of the majority people of this country, the current government has a great responsibility to maintain peace in the region of J&K.

This maintenance should not be brought only by use of force, but by making the people of J&K to believe that this integration will really help them to improve their livelihood.

Further it is the responsibility of the government to falsify the propaganda by Pakistan that this abrogation is mainly to disturb the demographic distribution of J&K by forceful migration of Hindu community.

What really needs to be done in the current scenario?

1. The people of J&K should be sensitised with all possible peaceful means about the real intentions of this abrogation of article 370.

2. Private investors should be encouraged to invest in industries, agriculture and tourism in the region.

3. Infrastructure should be improved in all crucial sectors

4. Borders should be strengthened and internal policing should be the bare necessity as assessed in real time.

5. The real estate mafia should be kept under strong control to avoid misuse of this fragile situation.

6. Elections for the state legislature, as promised in the reorganization bill, should be formed at the earliest and the Governor appointed should exercise his powers in the most justified manner.

7. Strict vigil should be maintained to prevent terrorists across the borders and antisocial elements within the border to misguide the local youths against orderly living.

8. The cultural identity and social fabric of the vast majority of the region should be maintained by all means.

MiniRoo presents Whimsical Wonderland, a one-day pop up for parents and kids

NASA to reveal new findings on exoplanets this week

NASA to reveal new findings on exoplanets this week, NASA has hinted at discovery...

All Nippon Airways to begin flights from Tokyo to Chennai...