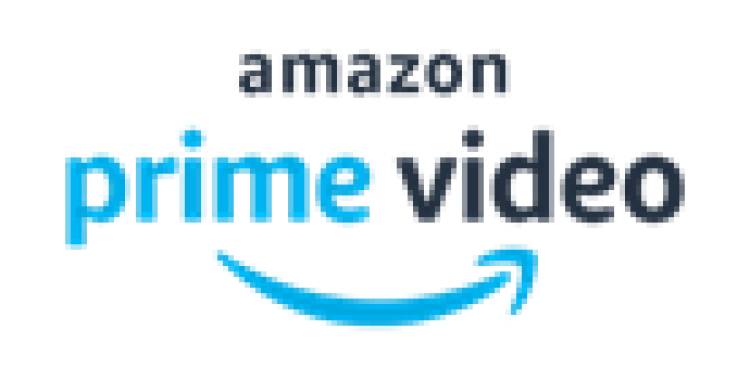 ~This Prime Day, Prime members are in for a mega entertainment treat: Prime Video announces the world premiere of much anticipated movies across multiple languages. The list includes titles like Toofaan (Hindi), Malik (Malayalam), Ikkat (Kannada) and Sarpatta Parambarai (Tamil/Telugu), amongst others ~

National, 08 July, 2021 – Kick-starting this year’s Prime Day celebrations, Amazon Prime Video unveiled its exciting and exclusive lineup of Indian and International entertainment, for Prime Day. The line-up includes some of the most anticipated movies in six languages, premiering across 240+ countries and territories. Prime Day celebrations will mark the world premiere of the much-anticipated Farhan Akhtar starrer Toofaan, Malayalam thriller Malik with Fahadh Faasil, a Kannada comedy drama Ikkat, and Tamil-Telugu feature Sarpatta Parambarai. Kicking off the Prime Day celebrations on Prime Video will be the India premiere of the globally hit The Prime Day show on July 8th, featuring three Grammy winners Billie Eilish, H.E.R. and Kid Cudi, in a first-of-its-kind three-part immersive musical show. In addition to this, Amazon Prime Video will also launch the second season of the much-loved Amazon Original Hostel Daze bringing back the endearing characters in an entertaining new-age campus show on July 23. And it’s not over yet. Connoisseurs of international cinema can stream the global hit - Judas and the Black Messiah, while adults and kids alike can enjoy the nostalgic return of one of the most beloved rivalries in history, with Tom and Jerry: The Movie

Headlining this year’s Prime Video line-up for Prime Day, with the world premiere of Toofaan, lead actor and co-producer, Excel Entertainment, Farhan Akhtar said, “I am thrilled to have Toofaan premiere on Amazon Prime Video on the 16th of July. It is a story of hope and resilience – something we all need right now. Prime Day has become a much-awaited property for Amazon consumers across the world, and I am happy that Toofaan premiere across 240 countries and territories this July.

Mrunal Thakur, lead actress, Toofaan, said, “Toofaan is a super special project - Working with Farhan and Rakeysh sir has been nothing less than surreal and inspiring, it really brings the dream team together, for me. I couldn’t be more excited about the movie’s release as part of the Prime Day line-up, which for me, is all about indulging in shopping and watching great content on Amazon Prime Video. Retail therapy coupled with some exciting, new, releases – I am kicking back and having some fun watching Toofaan this July!”

Mahesh Narayanan, Director Malik, who returns to Prime Video with worldwide success of CU Soon, said, “CU Soon was an incredible success with audiences, in India and around the world. We hope audiences find Malik to be an equally engaging watch as well. Malik is a special film for both Fahadh and I – it is our dream project, and I hope with the Prime Day frenzy more viewers, both in India and worldwide, watch our movie.”

Fahadh Faasil, lead actor, Malik said, “I am excited to return to Prime Video with the launch of my dream project – Malik. The love that CU Soon and Joji both received in quick succession, has been quite overwhelming. I hope Malik strikes the same chord with viewers. Malik is part of the much awaited Prime Day celebrations, and I hope that viewers from India and across the globe will appreciate the crime drama from 15th July onwards.”

Arya, who’s much-awaited Sarpatta Parambara is a part of the Prime Day line-up said, “Prime Video is home to many of my movies – I know my fans from India and worldwide have been able to enjoy some of these titles, thanks to easy availability on Prime Video. With Sarpatta, I am happy to take an incredible, untold tale of resilience across 240 countries and territories, on the same day. July will mark an entertainment extravaganza for audiences – Get ready to be knocked out!”

The Prime Day Show is a three-part special featuring multi award-winning artists Billie Eilish, H.E.R. and Kid Cudi in an immersive musical experience especially created in the celebration of Prime Day. All three episodes of Prime Day Show will treat its viewers with three unique experiences that fuse performance and storytelling, transporting fans to worlds inspired by Paris, The Dunbar Hotel and outer space.

· PRIME DAY SHOW x BILLIE EILISH - Set in the city known as the birthplace of cinema, this special is directed by Billie Eilish and Sam Wrench, and features new music from Billie’s upcoming album, Happier Than Ever. This breath-taking musical tribute is inspired by Billie’s long-time admiration of a bygone era.

· PRIME DAY SHOW x H.E.R. - Once known as the hub of Los Angeles Black culture in the 1930’s and 40’s, the iconic Dunbar Hotel has hosted some of the most prominent figures of its time, including musicians Duke Ellington, Lena Horne, Billie Holiday, and many more. In a modern day musical tribute to this legendary and important piece of history and culture, H.E.R. imagines what The Dunbar Hotel would be like if it existed in 2021 featuring new music from her album, Back Of My Mind.

· PRIME DAY SHOW x KID CUDI - As he embarks on his biggest mission to date, Kid Cudi departs Earth to establish a new community on the moon in this inter-cosmic performance. Featuring music from his album Man on the Moon III, Cudi collaborates with International Space Orchestra, the world’s first orchestra composed of space scientists from NASA Ames Research Center, the SETI Institute, and the International Space University as his backing band, in a musical collision defying sight, sound, and space.

Farhan Akhtar starrer sports-drama, Toofaan, tells the story of a boxer and the struggles he faces on his journey to get to the national level. Under forced circumstances, an orphan boy born from the streets of Dongri, grows up to be a local goon. His life changes when he meets a bright and a compassionate young woman named Ananya who guides him to take the right path. With love and guidance, he finds his calling in sports and takes up the journey of becoming a world class boxer. This is an inspiring tale of life that highlights how even the poor and marginalized, beaten by life circumstances, can become the heroes of the nation by adopting the right path. Directed by Rakeysh Omprakash Mehra, this movie marks the second collaboration between Excel Entertainment and the director after Bhaag Milkha Bhaag.

A political thriller, Malik chronicles the journey of Sulaiman Malid (Fahadh Faasil), a charismatic leader bestowed with unconditional love and loyalty from the people of his community who leads a revolution against authoritative forces that try to encroach on the lives of his people. Spanning different time periods, Malik is a story of a past ridden with crime, death and pain that is recounted to Freddy, a juvenile criminal, who has been assigned to eliminate his estranged uncle Sulaiman, while behind bars. Inspired by true incidents, the movie is directed by Mahesh Narayanan.

A hilarious Kannada comedy drama set during the times of the Covid 19 pandemic is presented by Pawan Kumar and follows the life of a married couple. Starring Nagabhshana, a comedian who has entertained people in multiple movies and Big Boss Kannada fame actress Bhoomi Shetty, the movie is guaranteed to take the audience on a roller-coaster ride filled with fun and hearty laughs.

Sarpatta is a Tamil sports drama set in the backdrop of the 1970s Madras showcasing the boxing culture of that period. Directed by Pa Ranjith, who has previously helmed Kaala and Kabali with Rajnikanth, the movie has Arya in the lead who plays a boxer. The story revolves around a clash between two clans namely Idiyappa Parambarai and Sarpatta Parambarai in North Chennai.

Taking the narrative of four naive and vulnerable wing-mates (Ankit, Chirag, Jaat and Jhantoo) forward in the second season, this series is all about their adventures inside an engineering hostel in India. Relatable and funny, the second season is peppered with absurdities, clashes, and debacles inherent to hostel life.

A legendary rivalry re-emerges when Jerry moves into New York City's finest hotel on the eve of the wedding of the century, forcing the desperate event planner to hire Tom to get rid of him. As mayhem ensues, the escalating cat-and-mouse battle soon threatens to destroy her career, the wedding, and possibly the hotel itself. Capturing the charm of the legendary Tom & Jerry cartoon characters, this movie is a perfect ode to the entertainment the duo has created for decades!

Judas & Black Messiah is a 2021 American biographical drama film, well received for its sharp plotline and electrifying acting. FBI informant William O'Neal infiltrates the Illinois Black Panther Party and is tasked with keeping tabs on their charismatic leader, Chairman Fred Hampton. A career thief, O'Neal revels in the danger of manipulating both his comrades and his handler, Special Agent Roy Mitchell. Hampton's political prowess grows just as he's falling in love with fellow revolutionary Deborah Johnson. Meanwhile, a battle wages for O'Neal's soul. Will he align with the forces of good? Or subdue Hampton and The Panthers by any means, as FBI Director J. Edgar Hoover commands?

Prime Video is a premium streaming service that offers Prime members a collection of award winning Amazon Original series, thousands of movies and TV shows—all with the ease of finding what they love to watch in one place. Find out more at PrimeVideo.com.

The Amazon.in marketplace is operated by Amazon Seller Services Private Ltd, an affiliate of Amazon.com, Inc. (NASDAQ: AMZN). Amazon.in seeks to build the most customer-centric online destination for customers to find and discover virtually anything they want to buy online by giving them more of what they want – vast selection, low prices, fast and reliable delivery, and a trusted and convenient experience; and provide sellers with a world-class e-commerce marketplace.

The vocal record will be released by the MDMK leader Vaiko to be received by the...