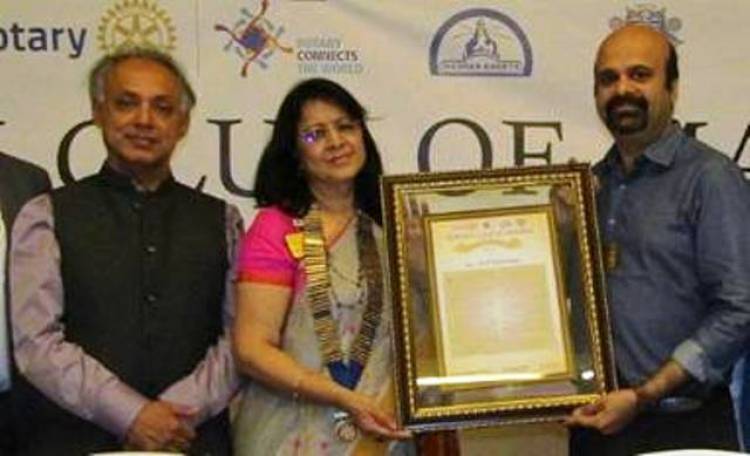 Renowned pianist Mr. Anil Srinivasan was presented with the Educator Extraordinaire award for the year 2019-20 by the Rotary Club of Madras. The award was in recognition of his outstanding contribution in the field of Education. The uniqueness of his teachings involves music to explain concepts in Geography, Science, Mathematics, Environmental Science and Language which have been designed to teach children from Kindergarten to 10th standard.

Anil Srinivasan, the accomplished musician is also the founder of Rhapsody which imparts learning through music. The project created a paradigm shift in the education system by focussing on learning instead of the curriculum, and by building imagination through simulating creativity.

According to Anil Srinivasan, “Music as a cognitive facilitator is highly researched and documented. In the normal verbal expressions of sentences of complexity 300+ neurotransmitters get activated but when the same sentence is sung close to 300,000 neurons fire away in the brain”. His lessons have reached 3,50,000 students through 150 teachers, and 500 schools spanning Tamil Nadu, Andhra Pradesh, Karnataka, Telangana, as well as a few in the North.

Rotary Club of Madras lauded his efforts in making music education free-of-cost to children from some of the poorest schools in South India and by funding these projects by himself. His work touches children from the Spastics Society, Madras Dyslexia Association, schools under the Corporation of Chennai amongst others.

ICICI Bank today announced the launch of a facility that empowers customers to get...

Avishkaar to offer curated online courses with every computing...