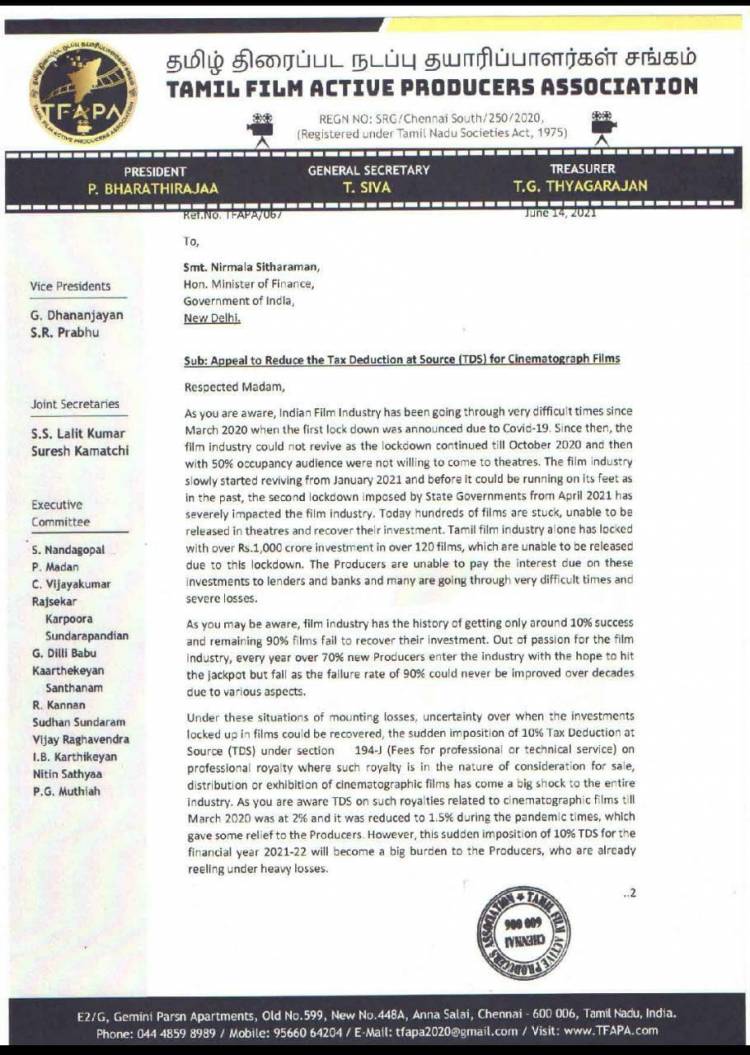 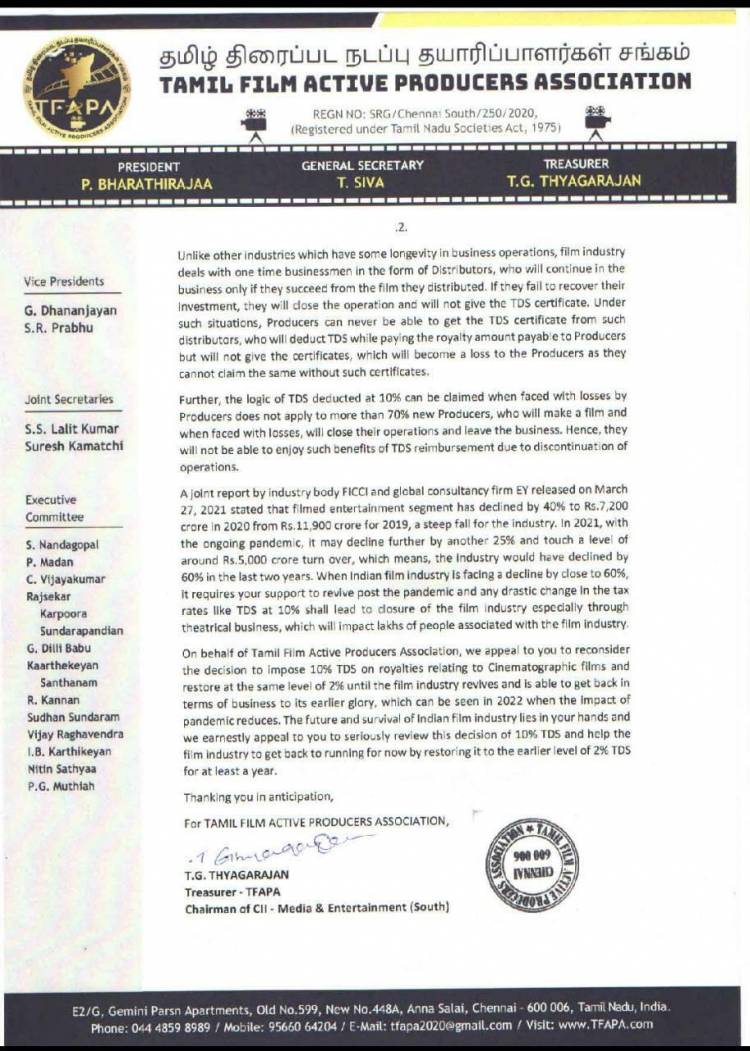 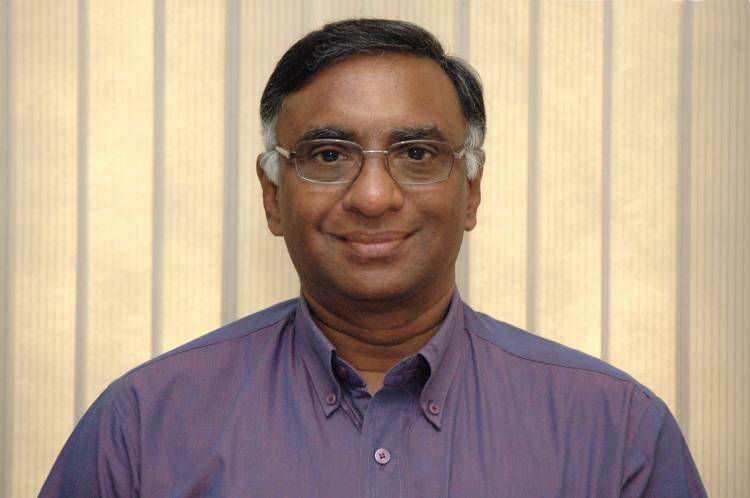 Sub: Appeal to Reduce the Tax Deduction at Source (TDS) for Cinematograph Films

As you are aware, Indian Film Industry has been going through very difficult times since March 2020 when the first lock down was announced due to Covid-19. Since then, the film industry could not revive as the lockdown continued till October 2020 and then with 50% occupancy audience were not willing to come to theatres. The film industry slowly started reviving from January 2021 and before it could be running on its feet as in the past, the second lockdown imposed by State Governments from April 2021 has severely impacted the film industry. Today hundreds of films are stuck, unable to be released in theatres and recover their investment. Tamil film industry alone has locked with over Rs.1,000 crore investment in over 120 films, which are unable to be released due to this lockdown. The Producers are unable to pay the interest due on these investments to lenders and banks and many are going through very difficult times and severe losses.

As you may be aware, film industry has the history of getting only around 10% success and remaining 90% films fail to recover their investment. Out of passion for the film industry, every year over 70% new Producers enter the industry with the hope to hit the jackpot but fail as the failure rate of 90% could never be improved over decades due to various aspects.

Under these situations of mounting losses, uncertainty over when the investments locked up in films could be recovered, the sudden imposition of 10% Tax Deduction at Source (TDS) under section 194-J (Fees for professional or technical service) on professional royalty where such royalty is in the nature of consideration for sale, distribution or exhibition of cinematographic films has come a big shock to the entire industry. As you are aware TDS on such royalties related to cinematographic films till March 2020 was at 2% and it was reduced to 1.5% during the pandemic times, which gave some relief to the Producers. However, this sudden imposition of 10% TDS for the financial year 2021-22 will become a big burden to the Producers, who are already reeling under heavy losses.

Unlike other industries which have some longevity in business operations, film industry deals with one time businessmen in the form of Distributors, who will continue in the business only if they succeed from the film they distributed. If they fail to recover their investment, they will close the operation and will not give the TDS certificate. Under such situations, Producers can never be able to get the TDS certificate from such distributors, who will deduct TDS while paying the royalty amount payable to Producers but will not give the certificates, which will become a loss to the Producers as they cannot claim the same without such certificates.

A joint report by industry body FICCI and global consultancy firm EY released on March 27, 2021 stated that filmed entertainment segment has declined by 40% to Rs.7,200 crore in 2020 from Rs.11,900 crore for 2019, a steep fall for the industry. In 2021, with the ongoing pandemic, it may decline further by another 25% and touch a level of around Rs.5,000 crore turn over, which means, the industry would have declined by 60% in the last two years. When Indian film industry is facing a decline by close to 60%, it requires your support to revive post the pandemic and any drastic change in the tax rates like TDS at 10% shall lead to closure of the film industry especially through theatrical business, which will impact lakhs of people associated with the film industry.

On behalf of Tamil Film Active Producers Association, we appeal to you to reconsider the decision to impose 10% TDS on royalties relating to Cinematographic films and restore at the same level of 2% until the film industry revives and is able to get back in terms of business to its earlier glory, which can be seen in 2022 when the impact of pandemic reduces. The future and survival of Indian film industry lies in your hands and we earnestly appeal to you to seriously review this decision of 10% TDS and help the film industry to get back to running for now by restoring it to the earlier level of 2% TDS for at least a year.

Thanking you in anticipation,