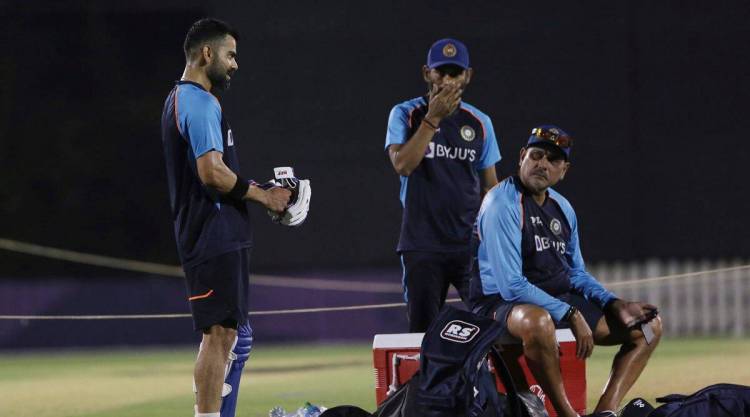 When asked whether Kohli and Shastri didn't want to face questions after such a poor performance, Azhar said that there is nothing to ashamed about a defeat, but one must take responsibility.

"If you lose a game or two, there's nothing to be ashamed of. But the captain or the coach must come and explain to the nation why the team lost. How can you expect Bumrah to answer these questions. If you are ready to face the media when the team wins then you should also step forward when your team is going through a rough phase," Azharuddin, who played 99 Tests and 334 ODIs for India, further added.

India's top-order failed to deliver once again on Sunday as the team could manage a score of 110/7 in 20 overs. For New Zealand, Trent Boult was the pick of the bowlers for taking three wickets while Ish Sodhi also scalped two wickets. For India, Ravindra Jadeja top-scored with a 19-ball 26.

Listen to the latest songs, only on JioSaavn.com
In reply, the Blackcaps chased down the target in just 14.3 overs as Daryl Mitchell scored a brilliant 49 off just 35 balls.

Team India now have an outside chance of qualifying for the semis. They will have to win their remaining games and hope that the other results go their way. India will now take on Afghanistan in their next game at the Sheikh Zayed Stadium in Abu Dhabi on Wednesday.