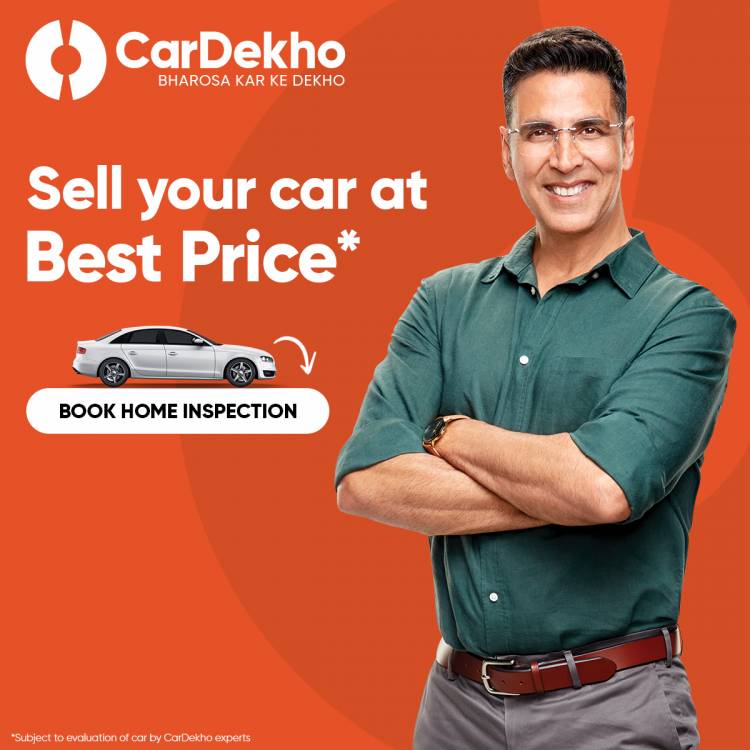 ● With the tagline Bharosa Kar Ke Dekho, the campaign will be live across Television, OTT and Digital Media Platforms

Hyderabad, March 25, 2022: Actor Akshay Kumar continues as the brand ambassador of CarDekho, the leading auto-tech company in India. He features in the company’s latest TVC, which will go live on March 26, during the inauguration of IPL 2022.

With the tagline Bharosa Kar Ke Dekho, the TVC highlights the importance of Trust and Convenience of selling one’s car from the comfort of one’s home for the Best Price. In the campaign, Akshay Kumar returns to the screen in a new avatar – as a doting father, who is selling his car without missing out on life’s precious moments. The TVC shows that CarDekho helps you sell your car from your home, ensuring that you don’t skip quality time with your loved ones. The campaign will be released across national and regional television channels, OTT Platforms and digital media platforms.

“It’s great to have collaborated with Akshay Kumar again after our first outing in 2020, which was a massive success,” Charu Kishnani, Sr VP-Marketing, CarDekho, said. “The objective of our campaign is to showcase how CarDekho brings convenience by helping people sell their cars from the comfort of their homes. Akshay’s charisma is a good fit for CarDekho, a company that strives to make life easier and better. Ad is featuring a unique bond between father and daughter and highlighting a true experience of selling a car with CarDekho. This is the 1st of many more to come. With this new TVC, we are looking to replicate the success story we scripted earlier and hope customers will reinstate their trust in us,” she added.

Through this campaign, the brand aims to strengthen its connection with audiences as the world is gradually getting back to normalcy after the pandemic. The TVC touches upon the value system of an average Indian family and strikes a chord with the audience through Akshay Kumar’s wide-ranging appeal across the country.

The campaign has been created by Leo Burnett

CarDekho Group, headquartered in Jaipur, was founded in 2008 and has footprints in India and South-East Asia. The Group joined the unicorn club with a valuation of $1.2bn. It currently operates leading Indian auto portals - CarDekho.com, Gaadi.com, ZigWheels.com, BikeDekho.com, PowerDrift.com.

CarDekhoGaadi Store has an offline presence in 100+ markets across India where customers can sell their used cars. CarDekho currently has 3000+ certified pre-owned cars for customers to buy from its portal. The group is now recognized in India as the largest automotive video content player with 4 million+ hours viewed annually on YouTube, the largest consumer-facing digital destination with 55 million+ monthly unique visitors, and the largest auto social media platform. The company expanded its presence in Indonesia under the brand name OTO and has quickly become the number one auto portal in the country. It also acquired the Philippines operations of Carmudi,and launched its operations in Malaysia thereby expanding its operations to three Southeast Asian countries.

After creating a perceptible buzz ......