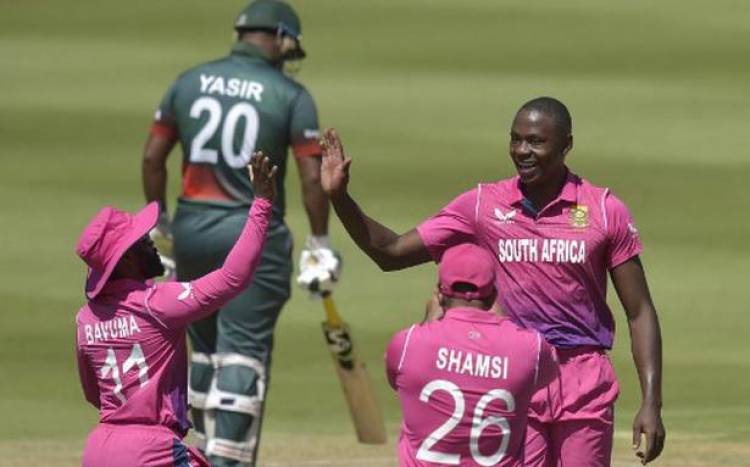 Cricket boards will have to get pragmatic and ensure that no major international series are scheduled while the league is on
The question is framed incorrectly. When the choice is between country and club, moral dimensions cloud the issue. Patriotism enters the equation, and no one, least of all professional sportsmen, like to be called unpatriotic. ‘Club or country’ is a false choice, for put like that the answer is obvious. Especially for those otherwise unconnected with sport.

It is easy for those on the outside, with nothing at stake, to write or speak as if money didn’t matter and that no sportsman owed it to his family to give them a good standard of living or secure their futures.

With South Africa now allowing five of their players to participate in the IPL, placing it above the needs of their own series against Bangladesh, the choice is being presented as if there is no other.

CSA’s pragmatic move
Cricket South Africa made a pragmatic decision. It had an understanding with its players’ body (the South African Cricketers Association) that it would provide players the necessary No Objection Certificates (NOC) to play in the IPL. The governing body just does not have the kind of money to ensure their players’ financial security. There is too the matter of the 10% of the players’ IPL salaries that all boards receive.

Few cricket boards can afford to ignore the moolah from the IPL. You could argue that it might be unpatriotic of players to turn down the offers because that would affect the cricket in their own countries.

And so to the question of patriotism. I have always been uncomfortable about mixing sport and patriotism, even if pop psychologists point out that it is an outlet for passions that might otherwise have to be expended on the battlefield.

The singing of national anthems at medal ceremonies, the forced nationalism of a goal scored in international matches, the artificial emotions aroused by nation versus nation all create an image for sport that it struggles with.

In the end, politicians and television moguls make more out of sports than sportsmen do. So when sportsmen get a chance to secure their futures, it is churlish to deny them that.

Compromise
It is becoming increasingly clear that a compromise will have to be worked out soon if traditional cricket is not to suffer. Players denied a chance will simply quit international cricket and focus on their retirement fund.

According to cricket writer Firdose Moonda, a South African playing the IPL will earn more from the tournament this season than he would as a nationally contracted player for 13 years. Unpatriotic or not, it is certainly not unintelligent to choose one over the other. Uncertainty is built into sporting careers; injuries, poor form, bad selection can end them prematurely.

Cricket boards will simply have to get pragmatic and ensure — either officially or informally — that no major international series are scheduled while the IPL is on. Even those who see the IPL as something evil must admit that given the state of the game in the rest of the world, it is a useful, perhaps even a necessary, evil.

Letting market forces decide the future of the game can be uncomfortable. If the market is left to decide, we would have three countries playing themselves and the sport to a standstill. If the International Cricket Council is keen on ensuring the game thrives across the world, it will have to accept the IPL is an important source of finances.

The catch so far has been that while it does a lot for the individual player, it doesn’t do as much for the game itself.

Money for development work
As a quid pro quo for ensuring the IPL is always at full strength, the ICC could open discussions with the Board of Control for Cricket in India on how it could earn some money for its development work. The IPL ought not to be a huge big tree which allows nothing to grow under its shade.

It is a behemoth that makes international cricket feel weak and small. Players across the world welcome it for obvious reasons. Cricket boards welcome it too, but more reluctantly, and with growing fear that it is causing them to lose control over their players.

The power of the IPL, however, cannot be denied. With a bit of accommodation from the BCCI, the ICC and the national cricket boards, it can be a force for the good — allowing the best players to make top money while financing the development of the sport itself.

Red ball and white ball co-exist on the field; it’s in the board rooms that they find accommodation difficult. The former Sri Lanka captain Kumar Sangakkara called for striking a balance. It might not be the perfect balance, but it is a necessary balance.

It need not be club or country when club and country is the more inclusive. And possible.